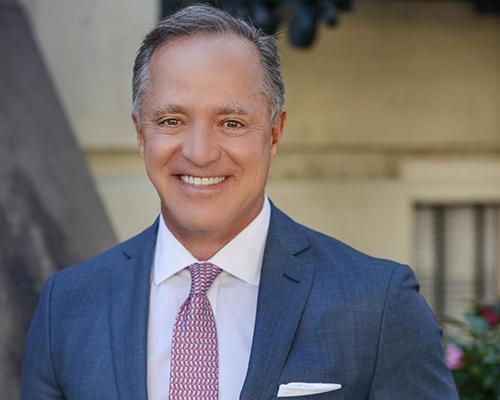 SAVANNAH, Ga. — Forty-four years after founding his company, Greg Parker has gone from learning the ropes to solidifying himself as an industry leader to becoming the 2020 retailer inductee into the Convenience Store News Hall of Fame. But in all that time, he hasn't stopped seeking knowledge.

"I'm a continuous learner," he said.

His methods of education have ranged from management school to books on leadership to NACS and other members of the industry. His early work as a single-store operator also provided him hands-on knowledge of the business’ everyday needs and challenges.

His constant drive to improve himself is fueled by what Parker calls a "profound" fear of failing.

"I'm a person who is driven by fear of failure and insecurity," he acknowledged. "I was so terrified of failure that I wasn't always the best boss, and I didn't always have the right tone — I was a challenging boss. Thank goodness these incredibly talented people stuck with me."

When he opened the first Parker's convenience store in Midway, Ga., in 1976, he "never imagined" what it would become: a highly regarded chain of 68 locations in coastal Georgia and South Carolina that is known for both its foodservice program and its habit of pushing the envelope in retail technology.

Since the beginning, identifying the customer experience as the most important aspect of the business and focusing on improving that has set up the company well for today, Parker says.

This is particularly true for its foodservice program. Decades ago, Parker's didn't offer dispensed beverages due to the lack of a soda company willing to supply a fountain machine. Today, the chain is known for its award-winning fried chicken and made-from-scratch, Southern-inspired food. Two-thirds of its current stores have a full kitchen.

The success of the Parker's Kitchen concept is based on a change in framing: instead of staying a convenience store chain that sells food, Parker's has worked to become a foodservice company that also sells convenience items. It’s transformed into a fried chicken specialist that differentiates itself by the use of hormone-free, antibiotics-free, never-frozen, hand-selected chicken tenders cooked in premium oil with frequently filtered fryers.

In addition to the use of quality ingredients, Parker's foodservice operations stand out for use of technology. The two categories are the chain's major focuses for the foreseeable future.

Technological advances inside the kitchens include automatic filtration of the frying oil at regular intervals, and screen prompts that alert cooks when it's time to drop a new batch of chicken tenders.

What truly makes Parker's kitchens smart kitchens, however, is the use of machine learning that helps the retailer offer just-in-time foodservice. Tracking the level of traffic, sales from the same data in prior years, whether it's a holiday or not, and plenty of other data allows the company to estimate how many chicken tenders it will sell at any store in any 15- to 30-minute period.

"Over time, the data cleans up, gets better and better and better," Parker said. His goal is 97 percent accuracy, with the understanding that 100 percent accuracy isn't attainable; though, he wants to get as close as possible. "Our goal is to when you bite into a tender, it's crunchy outside, moist and juicy inside, and was cooked no longer than 15 minutes ago."

On the Cutting Edge of Technology

Using technology to stay competitive is key to the future of convenience retailing, according to Parker.

Ten years ago, the company launched its private label PumpPal debit card, which allows Parker's to offer lower fuel prices to card users — more than $15 million in savings since the program debuted. Today, Parker wants to use technology to save not just money but also time, which he believes is what convenience stores truly sell.

Using predictive analytics to make sure the right number of customer service representatives are in a store at any given time helps the company save money by avoiding over-staffing, while making sure there are enough associates to meet customers' needs.

Other tech-related initiatives include adding multiple self-checkout units per store, including one card-only unit, and an overall move toward digitization in operations.

Technology is a "huge, huge" focus for the company, which launched a technology innovation department three years ago. "We like to be on the cutting edge of the things we see happening in the retail marketplace," Parker said.

"We're mindful of how the world around us is changing," Parker said, noting that the diminished transactions and lower gas consumption during the pandemic will also occur as the automobile industry moves toward electrification.

Like many operators, Parker's is making plans for mobile foodservice purchases. The chain already launched a mobile payment option several years ago, and it will implement mobile ordering in the near future.

Parker envisions a future whereby customers can pull up to the fueling station, use their phones to get gas, order food from their phones, walk inside to pick up the food and then return outside, remove the gas nozzle and leave.

"That is as frictionless as we can make it," he said.