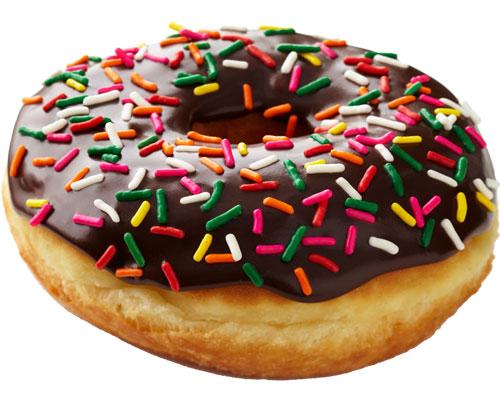 NATIONAL REPORT — It's National Doughnut Day Friday, and convenience store retailers among others are serving up a "hole" lot of sweet deals to celebrate the event on June 7.

Starting the celebration a day early on June 6, MAPCO, based in Franklin, Tenn., will give away 100 free doughnuts at all its locations while supplies last.

Kicking off the official holiday, from 5 a.m. to 10 a.m. on June 7, Westborough, Mass.-based Cumberland Farms is offering customers a free doughnut with the purchase of any dispensed beverage, whether it’s a Farmhouse blend hot or iced coffee, or a beverage from the Chill Zone, including the frozen HYPERFREEZE.

Doughnut flavors up for grabs are Cocoa Hazelnut-Filled, Cookies & Cream, Blueberry and the classic Glazed doughnut.

Moving to the South, Atlanta-based RaceTrac Petroleum Corp. is offering 50-cent doughnuts across all its Georgia locations. From the classic glazed doughnut to specialty pastries like a Boston cream bar, all offers on a first come, first served basis while individual store quantities last.

Not to be outdone by the convenience channel, Dunkin' and Krispy Kreme are offering their customers free treats as well. The latter is offering a two-fold deal: Customers can pick any doughnut off the Krispy Kreme menu for free, no purchase necessary. The company also made a bet that if it gives away 1 million free doughnuts that day, customers will have the opportunity to get a second doughnut, reported Food and Wine.

Based in Canton, Mass., Dunkin' is offering guests a free classic doughnut of their choice with the purchase of any beverage at participating locations while supplies last.

"Donuts are part of the American story and hold a special place in our popular culture, so we believe a day for donuts is a day for America," commented Dunkin' U.S. Chief Merchant Officer Tony Weisman. "This National Doughnut Day, we encourage Americans to take a moment to 'Dunk Out,' recharge and enjoy their favorite donut variety at Dunkin'."

Readying itself for National Doughnut Day, Dunkin' partnered with consumer insight provider Toluna to take a look at Americans' preferences for and perceptions of enjoying the doughy sweet treat. In a survey of more than 1,000 consumers, Dunkin' and Toluna found that:

Even big-box retailer Walmart will get in on the National Doughnut Day action. Customers can head to the bakery section at participating locations to receive one free glazed doughnut. The company expects to give away 1.2 million doughnuts, according to Food and Wine.

The Next Big Thing

In recognition of National Doughnut Day and Dawn Foods' 100th anniversary in 2020, the manufacturer and ingredients supplier to bakeries worldwide will launch the Donut 2.0 project.

Kicking off June 25, Dawn Foods will bring five award-winning pastry chefs together to compete for their chance to partner with Dawn to create a groundbreaking new doughnut texture at the company’s Innovation Studio in Jackson, Mich.

"Donuts are in our DNA. Dawn developed the first industrial donut mix nearly 100 years ago and today, this innovative and entrepreneurial spirit continues to drive our thinking," said Carrie Jones-Barber, chief executive officer. "Consumers are looking for new experiences with traditional classics. We know the donut is undergoing a fun, exciting revival and no one is better poised than Dawn to take the opportunity to deliver on this. Through Dawn's Donut 2.0 project, our goal is to help our bakery customers wow consumer with a new donut they've never seen before."

The participating Donut 2.0 pastry chefs will showcase their concepts side-by-side to a panel of judges, who will look at criteria such as taste, texture, creativity and originality, appearance and feasibility.

Following the competition, the winning chef will return to the Innovation Studio and work together with Dawn's R&D team to transform their concept into a commercial mix for bakers. Then, the new doughnut prototype will hit shelves in early 2020.

In a continually growing market with an estimated growth of 2.3 percent CAGR through 2022, doughnut creativity will continue to evolve, according to Cargill Inc.

The top five trends the company suspects will impact the sale of doughnuts are:

National Doughnut Day was originally established in 1938 by the Chicago Salvation Army to honor women who served doughnuts to soldiers during World War I. The holiday is traditionally celebrated on the first Friday of June.