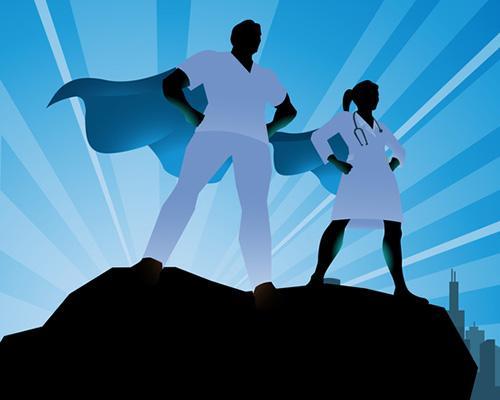 NATIONAL REPORT — On July 24, convenience store retailers across the United States are uniting to celebrate local community heroes on 24/7 Day, which recognizes first responders, medical personnel and American Red Cross volunteers who work around the clock.

Hosted by the NACS Foundation, 24/7 Day seeks to raise awareness and donations for the urgent humanitarian needs of the Red Cross as well as spotlight the c-store industry's role in supporting heroes in the communities they serve.

"Convenience retailers are often the first supporters to first responders. Whether facing wildfires, floods, hurricanes, tornadoes or snowstorms — or in last year's case, a pandemic — convenience stores help ensure fuel, water, food and other necessities are available for emergency workers and customers craving a return to normalcy. And because of their 24/7 operations, convenience stores are often the only place open to serve first responders and medical personnel working overnight hours," said Stephanie Sikorski, executive director of the NACS Foundation.

C-stores are closely tied to their communities, NACS noted, adding that:

The NACS Foundation invited retailer and supplier partners to take part in the no-cost 24/7 Day, with specific campaigns able to be built based on a business' needs and goals, as Convenience Store News reported.

Participants support 24/7 Day in their own ways, with efforts ranging from offering free coffee, fountain and frozen drinks to a free breakfast and free bottled water for first responders, medical personnel and Red Cross volunteers.

On average, more than 30,000 people a day receive assistance from the Red Cross. This includes lifesaving blood, post-disaster relief, support with the challenges of military life, skills that save lives or international humanitarian aid. Ninety cents of every dollar the Red Cross spends is invested in delivering care and comfort to those in need.

"Families rely on community heroes for support during disasters and other crises," said Don Herring, chief development officer for the American Red Cross. "That's why we are grateful for this partnership to help ensure people don't face emergencies alone. We hope you will join us on 24/7 Day, along with the NACS Foundation, to support this work and to thank our local heroes who help when it's needed most."

Baltimore-based High's is offering one free fountain drink or coffee beverage of any size to paramedics, EMTs, police officers, firefighters and Red Cross personnel in uniform or with a badge.

Rapid Refill/Garrett's Family Market is offering one free 24-ounce Gatorade beverage in any flavor to police, firefighters, EMTs, doctors, nurses, members of the National Guard, American Red Cross personnel and 911 dispatchers in uniform or with a badge.

Based in Plymouth, Mass., Garrett's Family Market and Rapid Refill convenience stores are a part of the Volta Oil family of brands.

Sheetz Inc. is providing one free self-serve coffee or Fizz product of any size to all uniformed paramedics, EMTs, hospital personnel, police officers, and firefighters at all 631 of its locations on 24/7 Day.

The offer is Sheetz's way of recognizing and showing appreciation for the work of first responders and frontline workers, the company said.

Altoona, Pa.-based Sheetz is supporting 24/7 Day as a community leader sponsor for the third straight year, with a donation to the NACS Foundation and the Red Cross.

Pennsylvania-based Wawa Inc. is offering a free breakfast and hot beverage coupons, redeemable at its 920 c-stores, to express gratitude for everything that American Red Cross volunteers do for the community.

The NACS Foundation invites the public to take part in 24/7 Day by: