SILVER SPRING, Md. — The Food and Drug Administration (FDA) has laid out a new roadmap for tobacco regulation, which on one hand could be bad news for traditional cigarettes, but on the other hand, could be good news for innovative products like vapor and heat-not-burn.

The new approach places nicotine — and the issue of addiction — at the center of the FDA's efforts. Part of the plan calls for pushing back the timelines for newly deemed tobacco products, including cigars, electronic cigarettes and hookah.

Under expected revised timelines, applications for newly regulated combustible products, such as cigars, pipe tobacco and hookah tobacco, would be submitted by Aug. 8, 2021, and applications for non-combustible products such as ENDS or e-cigarettes would be submitted by Aug. 8, 2022, as Convenience Store News previously reported.

Additionally, the FDA expects that manufacturers would continue to market products while the agency reviews product applications.

Richmond, Va.-based Altria Group Inc. called the FDA's move "an important evolution in the agency’s approach to regulating tobacco products and a meaningful step forward in developing a comprehensive regulatory policy that acknowledges the continuum of risk."

"We supported FDA regulation because, among other things, it created a framework for communication about reduced harm products. Reconsideration of the rules and timelines for newly deemed products is an important and timely step in this effort," Altria said in statement.

The new process will allow all stakeholders the opportunity to participate in a science- and evidence-based regulatory framework that is "transparent, predictable and sustainable," Altria added in its statement.

"It's important to understand that any proposed rule such as a nicotine product standard must be based on science and evidence, must not lead to unintended consequences, and must be technically achievable," the company said. "Establishing a standard of any sort is a deliberative process, with multiple opportunities for interested parties to provide perspectives. We intend to be fully engaged throughout this process."

British American Tobacco plc, the new owner of Reynolds American Inc. (RAI), said it was not surprised by the FDA's plans to reduce nicotine levels in cigarettes.

"Dr. Gottlieb's comments regarding nicotine and menthol do not come as a surprise to us. We are well prepared and look forward to participating in a thorough process to develop a comprehensive plan for tobacco and nicotine regulation," a British American Tobacco spokesperson said in a Reuters report.

Also welcoming the announcement made by Gottlieb was The R Street Institute, a Washington, D.C.-based nonprofit public policy research organization. R Street Harm Reduction Policy Director Carrie Wade noted that this should be considered an important first step to reorient FDA regulation of tobacco products from a process designed to protect the sales and profits of the major cigarette makers, to one designed to reduce tobacco-related addiction, illness and death.

"R Street has been one of the leading proponents of a harm-reduction approach to cigarette addiction, so to read today's announcement feels like vindication that someone is listening," Wade said. "It's taken a little while, but it seems the FDA is beginning to realize something the scientific community woke up to years ago: policies aimed at destroying the e-cigarette market actually would result in the unintended consequence of more smokers sticking with traditional combustible cigarettes."

The National Center for Public Policy Research also applauded the change. Its Risk Analysis Division has been at the forefront of advancing a harm-reduction approach as a more effective public health strategy rather than the regulatory path imposed by the Obama Administration, which would have effectively banned almost all e-cigarettes on the market today, the thinktank said.

"The most significant change is that the FDA's regulatory approach will now seek to implement a 'tobacco harm reduction' approach, recognizing that there's a continuum of risk among different nicotine products," said Jeff Stier, director of the Risk Analysis Division.

He added that a rule-making process whereby the products will be regulated based on their risk profile will, if implemented properly, "foster a robust market offering a range of options to smokers who wish to reduce the risk from smoking."

Analysts at Wells Fargo Securities likewise believe that the "continuum of risk" approach will prove to be a positive for Big Tobacco. Altria Group will likely profit since its terminal value is now higher as it benefits from consumption shifting to reduced-risk (RRP) and heat-not-burn products, and because of the liklihood that Philip Morris International will acquire Altria. According to Wells Fargo, the acquisition could happen soon since the multiple spread between the Big Tobacco companies is the widest it has been in more than six years.

"Importantly, we expect the FDA will encourage continued RRP innovation with the goal of increasing adoption of these products — a huge positive for MO [Altria Group] and PM [Phillip Morris International]," said Bonnie Herzog, managing director of Wells Fargo Securities. "...We believe it's more likely that the FDA approves PM's application to commercialize iQOS in the U.S., as well as its modified risk application."

The American Vaping Association (AVA) was "relieved" to hear Gottlieb's announcement, according to Gregory Conley, president of the association.

"Without Gottlieb's leadership, over 99 percent of vapor products on the market today would have been banned in 15 months' time," Conley said. "This is by no means a perfect fix. The FDA's deeming rule still bans any innovation in the market and, without major changes to the agency's premarket review process, could still result in the vast majority of the market being banned in 2022."

He said if Gottlieb wants to reduce death and disease in the long-term, the July 28 announcement must be the first step of many in reforming the FDA regulatory process.

"While we are concerned that the FDA may be going down the wrong path with its focus on flavors and reduced-nicotine cigarettes, we are going to celebrate today and get back to fighting bad policy tomorrow," Conley said. 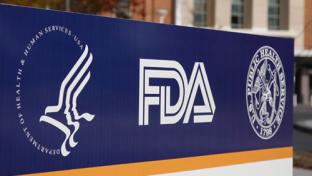