INDIANAPOLIS — While addressing the attendees of the inaugural Convenience Store News Future Leaders in Convenience (FLIC) conference, master of ceremonies Dave Riser spoke of the importance of staying open-minded throughout your career.

"You never know where your career's going to take you," said the vice president of external relations at Reynolds American Inc. Trade Marketing Services Co.

The Future Leaders in Convenience program was founded to celebrate and help develop the next generation of convenience retail leaders by providing a forum for talented young business people to hone their leadership skills, while recognizing the achievements of a select few emerging leaders.

Riser was the opening speaker at the Nov. 15 event, which featured multiple industry veterans sharing stories about their own career paths and what they learned, followed by question-and-answer sessions during which the future leaders could gain further insights.

While Riser had a good education heading into his professional life, he said he learned more in his first six months with R.J. Reynolds Tobacco Co. than in all of his schooling. Between his on-the-job education and the variety of roles he performed, it taught him to be open to change and new possibilities.

As a leader now, he tries to instill confidence in his subordinates' decision-making, rather than just telling them what to do. He advised the FLIC attendees to reframe their decisions. Rather than thinking of decisions as being made for their specific area of the business, they should think of them as being made for the entire organization.

Mentors also are important for developing leaders, even if it is not formal and the mentor isn't aware they've had that influence, according to Riser.

"I would also like to thank the people that were jerks," he joked, noting that encountering such people helped him understand what not to do in his career.

The greatest piece of coaching advice he ever received was to treat everyone the same, whether they are a company president or a janitor.

Convenience Store News 2018 Hall of Fame inductee and Ricker Oil Co. Chairman Jay Ricker advised the audience to seek out the right people and delegate properly, as he's known micromanagers who are unsuccessful not because of a lack of talent, but because they don't delegate, despite not being able to do everything on their own.

"That's what helps a business to become successful — choosing the right people," he said.

During his nearly 40 years of working in the convenience and fuel retailing industry, Ricker has found that people aren't born leaders; they become leaders, and you can train others to become a leader.

At lower levels, people should ask questions in meetings even if they are afraid or intimidated, he said, because that in and of itself is a way of showing leadership. As individuals rise up the ranks, they should allow their subordinates to make their own decisions and make their own mistakes, to a degree.

"You've got to let people take the lead," Ricker said.

His own company started out by committing to the cultural tenet that it's encouraged to share thoughts and ideas — even those that disagree with leadership — so that they can be discussed without penalty. This helps people to view things as everyone's responsibility, not just one person's plan, according to Tarver.

"Our future is brighter as one," he said. "If we move together, we're going to be stronger than if we're going in 20 different directions."

However, Tarver acknowledged that while it's easy to say, it's harder to do. Building a culture takes longer than one meeting, he advised.

In a presentation titled "Diversity — It's Time to Change the World," Convenience Store News 2017 Woman of the Year and Impact 21 CEO Lesley Saitta discussed the organizational need for people with varying backgrounds.

When she launched her career in 1979, she found that despite working at an extremely inclusive, diverse company, she was the only woman on sales jobs and had to work harder than everyone else.

"When you're the only one, sometimes you have those feelings," she said.

Saitta recounted an incident where a higher-up informed her that she had not been his first choice for a promotion, despite having more qualifications than the lower-level man he would have picked. She worked hard to prove him wrong, but it taught her she needed to be somewhere that valued her. This eventually led to the creation of Impact 21, which was designed specifically to embrace inclusiveness.

Companies should create a diverse employee group not just because it's the right thing to do, but also because they are missing out if they don't, she said.

"If we don't embrace people from all different backgrounds and experiences, there's a gap in the talent pool," Saitta explained. "It's a huge issue."

She advised the future leaders to:

​​​​The Future Leaders in Convenience conference was held at the Omni Severin Hotel in Indianapolis and sponsored by Reynolds American Inc. Trade Marketing Services Co. and Altria Group Distribution Co. 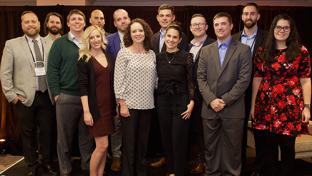 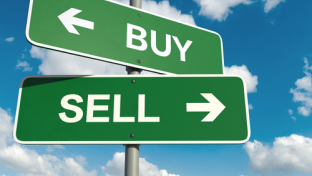 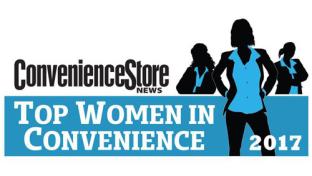 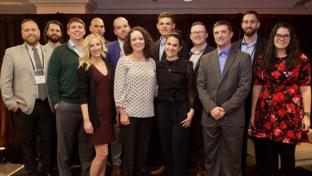