Integration Is Name of the Game at Couche-Tard

Integration Is Name of the Game at Couche-Tard

LAVAL, Quebec — Alimentation Couche-Tard Inc. closed on its acquisition of CST Brands Inc. on June 28, but the retailer was preparing to integrate the San Antonio-based company into its fold even before the official transaction date.

"One positive of the delay we've experienced with the FTC [Federal Trade Commission] and the competition bureaus is that we had a lot of time to plan this transaction," Couche-Tard President and CEO Brian Hannasch said during the company's fourth-quarter earnings call July 12. "In addition to that, our teams are very experienced. We've done this over and over again."

Calling it one of the biggest highlights of the year, Hannasch said the CST acquisition "strategically strengthens" Couche-Tard's position in many of its core markets like Eastern Canada, Arizona, Georgia, Colorado and New Mexico, while "dramatically increasing" its presence in the growth market of Texas.

Couche-Tard is no stranger to bringing large companies into its network, having most recently acquired Statoil Fuel & Retail ASA and Topaz Energy Group Ltd. — both in Europe — and Cary, N.C.-based The Pantry Inc. In fact, for the CST integration process, Couche-Tard has tapped Darrell Davis, who took the lead on integrating The Pantry and its 1,300 convenience stores in the southeastern United States.

First and foremost, the focus of any integration is on securing the people, according to Hannasch. That is the case with CST. And to that end, the vast majority of CST employees that Couche-Tard has offered positions to have accepted, the chief executive reported.

"When you get down to details, we really divide the business up into work streams — ones that are focused on, first of all, capturing the synergies, documenting and identifying best practices; and then overall alignment and integration of the business. So, a very detailed work plan," Hannasch explained.

Couche-Tard is also focused on the top line and the consumer experience. "Taking what I think is some relatively weak trends that CST had over the last two years — certainly some of that driven by the slowdown in the shale in Texas — we are focused on reversing that by introducing some of the best practices from Circle K — some of our programs that are the foundation of our brands — and again trying to reverse the traffic slowdown that we've seen there," said Hannasch.

Regarding the stores under the CST organization, the next year will be focused on:

With the CST network, the rebranding this year will focus on markets where both the Circle K and CST brands are present today.

Meanwhile, not far behind, will be the integration of Holiday Stationstores Inc. assets, which Couche-Tard is acquiring from Holiday Cos. Midwest-based Holiday's assets include 522 company-operated and franchise convenience stores, a food commissary, and a fuel terminal. The transaction is anticipated to close in the fourth quarter of Couche-Tard's 2018 fiscal year.

According to Hannasch, Holiday has "a very impressive" food commissary that supplies fresh and frozen foods to the stores, and the fuel terminal provides fuels to more than one-third of the locations. Additionally, a car wash business includes more than 225 Holiday Stationstores locations.

The majority of Holiday stores are situated on large lots, well maintained, and in the top quartile in terms of convenience and fuel volumes, Hannasch said.

"This acquisition increases our presence in 10 states and the Upper Midwest, stretching across the northern tier into Alaska. Six of these states will be new to us and will bring our presence in the U.S. to a total of 48 states," the CEO noted.

Across the world, Couche-Tard continues its rebranding efforts to the new global Circle K brand. The company completed the rebranding in Scandinavia, and kicked off efforts in Poland and the three Baltic countries in May.

"To date, the rebranded locations both in Scandinavia and in the Baltic countries have outperformed legacy Statoil brands, taking one major risk of our fiscal year off the table," Hannasch said. "It has been a tremendous success and the team has brought a lot of energy to the rebranding process. To date, more than 1,300 stores in North America and more than 1,200 stores in Europe now display the corporation's new Circle K brand."

In connection with the rebranding, a depreciation and amortization expense of $5.3 million was recorded into earnings for the fourth quarter of fiscal 2017.

"There is no doubt the next year will continue to be dedicated to building our brand globally and to pursue the rollout to numerous sites in North America. We are confident on the positive impact this will have on customer traffic as they become increasingly familiar with Circle K's added value to their shopping experience, to our convenient experience, our products for people on the go, and our evolving and improving fuel offer," said Hannasch.

Looking at the real estate, he said other than remedy packages associated with acquisition deals, Couche-Tard is "committed to deleveraging, and a piece of that is really evaluating our lower-tier stores, our non-strategic stores, stores that we don't feel comfortable either putting our new brand on long-term or that will be competitive long-term.

"You'll see some ramped-up activity looking at paring the lower-hanging fruit in our network, and also the highest and best use real estate or network," he continued.

Hannasch said there will more to come on this issue, but "that's part of the overall plan that we had since we signed CST, to make sure that we meet our deleveraging targets." 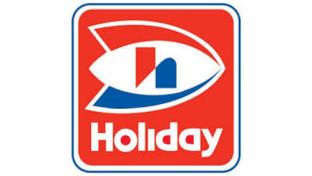