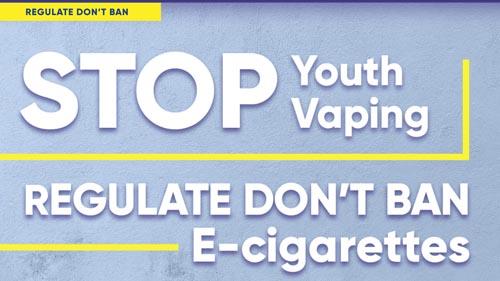 SAN FRANCISCO — In the weeks following the approval of a ban on the sale of electronic cigarettes in San Francisco, hometown vapor company Juul Labs Inc. gave $3 million to a campaign against the move.

In late June, the San Francisco Board of Supervisors approved legislation to prohibit the sale the electronic cigarettes within the city. The measure bans the sale of e-cigarette and vapor products that have not been reviewed by the Food and Drug Administration (FDA), as Convenience Store News previously reported.

The agency has regulatory authority over tobacco products, including e-cigarette and vapor, and the products need FDA approval to remain on the market. To date, the agency has not issued any approvals.

However, the Coalition for Reasonable Vaping Regulation countered the legislation with a petition to get the issue on the Nov. 5 ballot. The San Francisco Department of Elections certified the ballot initiative's signatures in early July.

As reported by Forbes, the Coalition for Reasonable Vaping Regulation is a Juul-backed organization established in May to fight the e-cigarette sale ban. In a filing with the San Francisco Ethics Commission on Aug. 5, the coalition reported that Juul injected $3 million into the campaign in July.

The money brings Juul's total contribution for the year to $4.5 million as of the end of July Nate Allbee, the coalition's communications director, told the news outlet that the money will fund a traditional campaign comprising advertisements and canvassing.

"We are strongly supporting these efforts, as part of the growing Coalition for Reasonable Vaping Regulation, to enact strict new regulation and enforcement instead of a ban for all adults that will fuel a black market for vapor products and the increased use of deadly cigarettes," Juul spokesperson Ted Kwong said in a statement.

Kwong added that the ballot measure recognizes "adult smokers should have access to alternatives since cigarettes still kill 40,000 Californians every year."