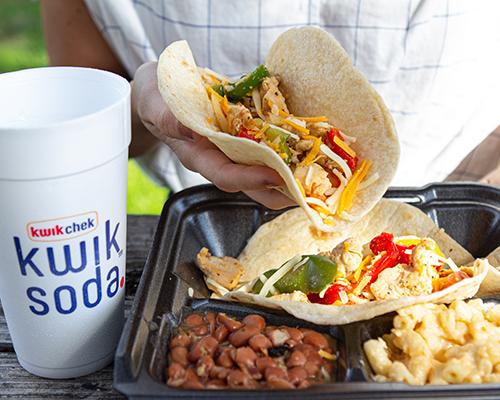 SPICEWOOD, Texas — Kwik Chek is focusing on family with its new menu options.

Family Meal Deals and Family Kwik Packs are now available for customers who want to pick up a "kwik" meal, bring it home then heat it and eat it.

Family Meal Deals all cost less than $20 and serve a family of four. Options include:

Based in Spicewood, Kwik Chek is a family of convenience stores, grocery stores and quick food operations with more than 45 locations throughout Texas and Oklahoma.