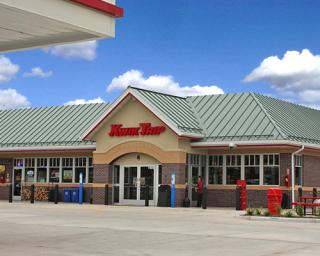 Brent Erdmann, of New London, Wis., was inspired by the rising number of locations visited as marked on the yearly recap sent to Kwik Rewards members, according to a WTMJ-TV Milwaukee report.

"I was at 93 different stores [in 2019], and I think that even the year before that when I think I was at 40-something," Erdmann told the news outlet. "That kind of just triggered me to — let's see how we can get here."

He clocked an estimated 50,000 miles for his trips, during which he stayed overnight at hotels and averaged approximately four Kwik Trip stores per hour. Erdmann purchased a snack at each store.

To close out the year, Erdmann spent 24 hours visiting 71 different c-stores on Dec. 30.

The Kwik Trip visits were helpful to Erdmann during a stressful year, he told the news outlet.

"Going through all the things going on last year, it was kind of something more to, you know, just use this to get through, keep up…all the hard times a lot of people went through last year," he explained.

Erdmann named a Eau Claire location with a self-checkout option and no gas pumps as his favorite store, noting he enjoys the chain for its reliability.

"Needed to stop and take a break somewhere, or needed something quick to eat, or, it just comes through for ya," he said.