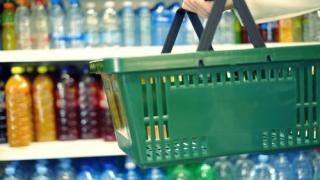 ALEXANDRIA, Va. — The convenience channel is stuck in neutral as it waits for consumers to return to their daily routines.

According to the latest biweekly report from PDI and NACS,for the two-week period ended Aug. 9, the channel saw a marginal decline in dollars, primarily because year-over-year spend edged lower. Trips overall remained steady — a 13.4-percent year-over-year decrease vs. a 13.2-percent decrease for the two weeks ended July 26, NACS Daily reported.

According to the market research, trips or spend across the top five c-store categories remained relatively stable. Of those categories — cigarettes, packaged beverages, lottery/gaming, beer and other tobacco products — only beer was in the black during the two-week period.

Other categories with positive weekly spend year-over-year include:

Weighing on the categories are the continued shutdown of some self-serve beverage programs, and fewer trips during the breakfast and lunch dayparts, according to NACS Daily.

The weekday morning rush (7 a.m. to 9:59 a.m.) is still idling at 85 percent of prior year traffic, with only minor gains in the afternoon and evening dayparts.

Additional insights for the period ended Aug. 9 include:

Powered by PDI Insights Cloud, the report provides consumer trip and basket-level data and analysis that will enable essential businesses around the United States to deliver what their customers want and need right now. The report combines consumer buying data from 5,500 mid- to large-size convenience retail sites across all key geographic locations.