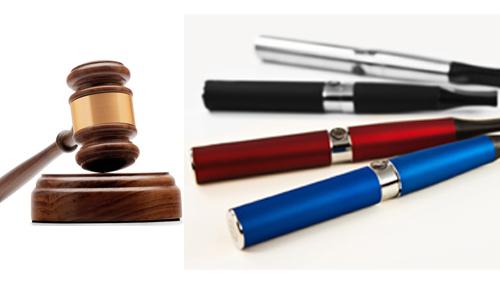 WASHINGTON, D.C. — It's been six weeks since the Trump administration signaled it was going to establish a policy on flavored electronic cigarettes and vapor products. However, the industry is still waiting for the next month.

One federal lawmaker wants the waiting to end.

On Oct. 22, U.S. Rep. Raja Krishnamoorthi, chairman of the Subcommittee on Economic and Consumer Policy, sent a letter to the Food and Drug Administration (FDA) urging it to implement the final e-cigarette flavor ban.

"I urge you to put the flavor ban in place today before one more child gets hooked by flavored e-cigarettes," Krishnamoorthi (D-Ill.) wrote in a letter addressed to Acting FDA Commissioner Norman Sharpless.

His push for a ban comes as Juul Labs announced it was suspending the sale of its flavored vapor products in the United States. The flavors — Mango, Creme, Fruit and Cucumber — have only been available online since November.

The San Francisco-based company's decision does not include its tobacco, mint and menthol products.

"Juul's action underscores the need for strong action from you today. It also highlights how important it is to fulfill your promise that the flavor ban will 'include mint and menthol' flavors," Krishnamoorthi wrote. "It has now been six weeks, but FDA has not issued the compliance policy. Each day that flavors are on the market is another day for kids to pick up their first e-cigarette and start a lifetime of nicotine addiction."

Following the 2016 deeming rule, which set regulations for e-cigarettes and vapor products among other tobacco products, all electronic nicotine delivery systems (ENDS) must file a Premarket Tobacco Application (PMTA) for FDA approval to remain on the market. To date, the agency has not approved any PMTAs for ENDS.

However, according to The Washington Post, the administration may be reconsidering including mint and menthol in a flavor ban. The news outlet cited unnamed people familiar with the discussions in its Oct. 25 report.