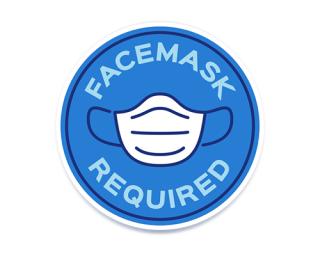 Multiple retailers are asking governors and mayors to thoughtfully consider the practicality of state and local orders that track recent guidance from Centers for Disease Control and Prevention (CDC) giving fully vaccinated individuals approval to resume indoor and outdoor activities without wearing a mask.

The Retail Industry Leaders Association (RILA) and the National Retail Federation (NRF) sent a letter to  Andrew Cuomo, governor of New York and chairman of the National Governors Association, and Mayor Greg Fischer, president of the U.S. Conference of Mayors, stressing that while the new CDC guidance is encouraging news in the fight against COVID-19, state and local orders are substantially complicating the situation for retailers, their employees and their customers.

"Retail employees should not be asked to serve as de facto law enforcement related to masks for vaccinated versus non-vaccinated customers. As state and local officials consider the evolving federal guidance on masks, we urge thoughtful consideration related to the practicality of state and local orders," the signatories wrote in the letter. "Our recommendation is to permit state and local orders to track CDC guidance closely, allowing retailers to make national policy decisions that reflect the most current scientific advice. If localities choose to keep mask requirements in place for unvaccinated Americans, administration of these requirements must not be placed on retail employees."

Other state and local issues this month revolve around selling wine spritzers in Kentucky, shortening the payment cycle for lottery scratch-offs in New York, putting limits on the governor's emergency powers in Pennsylvania, requiring proof of vaccination in Oregon stores, and labor shortages in Wisconsin.

The Kentucky Department of Alcoholic Beverage Control (ABC) has issued an opinion defining wine spritzers as a weak cider and therefore is a malt beverage, allowing any package retailer with a non-quota 1 license to sell wine spritzers alongside other malt beverages like beer.

The opinion was issued in response to a member request that the Kentucky Grocers & Convenience Store Association ask the ABC whether wines with less than 7 percent ABV are considered malt beverages and allowed to be sold in a grocery or convenience store.

The affirmative ruling opens the way for wine spritzers and wines with less than 7 percent alcohol to be classified as malt beverages and sold in grocery or convenience stores that hold the appropriate license.

The Cuomo administration has given c-store operators two options: Require six feet of social distancing and face masks for all individuals, including employees and customers, or require only unvaccinated individuals to wear masks and social distance. Those choosing to require proof of vaccination "may rely upon self-reporting of vaccination status (e.g., honor system)," the state Health Department said.

The New York Association of Convenience Stores (NYACS) is opposing state Sen. Todd Kaminsky's Extended Producer Responsibility Act which, if enacted, would shift the cost and responsibility for recycling paper, plastic and other packaging materials from municipalities onto the companies that produce them.

The latest version of the bill would unfairly force retailers with private-label products to pay into the system, according to NYACS, citing one study that estimated the new law would add $36 to $57 a month in grocery costs for the average New York family of four.

A bill that would allow employees who file a claim for underpayment of wages against their employer to attach a lien to the employer's property while the claim is still pending reached the floor of both the Senate and the Assembly as of May 28. It is poised to pass despite opposition by NYACS and other business groups.

NYACS continues to object to New York Lottery's decision to shorten the retailer's payment cycle for scratch-off tickets from 45 days to 28 days as of July 1. This needlessly squeezes the cash flow of shopkeepers who have helped build New York Lottery into an $8 billion-a-year enterprise benefiting public education, the association stated.

The Lottery was considering only shortening it to 42 days for lower-volume stores.

The Senate and Assembly are considering a bill directing foodservice establishments to provide single-use plastic straws to customers only "when explicitly requested by the customer." NYACS has recommended exempting self-serve beverage fountains where customers take a straw from a dispenser, as they can be considered a silent form of requesting a straw.

The votes have been interpreted by some as a rebuke against Governor Tom Wolf's COVID-19 policies. Wolf stated he will work with legislators on the COVID emergency declaration and others currently in effect.

One related to the state's opioid epidemic has been renewed 13 times since 2018.

The constitutional amendments will not come into effect until June 7, when their votes are certified by the Department of State. By that time, many of Pennsylvania's COVID mitigation policies will have lapsed. The Wolf Administration announced that as of May 31, all but the state's masking order will expire. Masking for unvaccinated Pennsylvanians will remain in place until the state reaches a 70 percent vaccination rate among adult residents. As of May 22, more than 56 percent of the adult population in Pennsylvania is vaccinated.

Philadelphia, which has been allowed to set its own guidelines if they are stricter than the state's, has set a date of June 11 for easing its mitigation restrictions.

Following the CDC's announcement in May that fully vaccinated individuals do not have to wear masks in most settings, a number of retailers have eased their guidelines for who must wear a mask indoors. The Department of Health has made clear that local jurisdictions and businesses may still maintain masking requirements at their preference.

Municipalities across Pennsylvania are fighting back against what they see as overreach from legislators in Harrisburg when it comes to preempting local ordinances. Led by Philadelphia, a handful of municipalities have sued over a law that blocks them from enacting or enforcing bans on single-use plastics.

In March, Philadelphia, West Chester, Narberth and Lower Merion — all municipalities in southeast Pennsylvania that each have taken varying steps to enact their own bans — sued the state in Commonwealth Court. Pittsburgh also may join the lawsuit this summer, having signaled its intention to pass a ban ordinance as well.

Despite the preemption language in place for the time being, Philadelphia is moving forward with implementing its ban. Beginning July 31, the city will require retail establishments to post conspicuous signage regarding the ban. Prohibition will begin Oct. 1, and full enforcement is set for April 1, 2022.

Outcome of the lawsuit notwithstanding, it remains to be seen whether the Pennsylvania General Assembly will attempt to extend the preemption language further into the future.

The Oregon Health Department issued a rule that requires private businesses, employers and places of worship to verify the vaccination status of people who don't wear face masks in their facilities.

The new Oregon policy requires "local businesses to verify the vaccination status of customers," a policy that "is alarming," according to NACS, which sent a letter to U.S. public health agencies asking them to issue statements "emphasizing that state and local rules should not place the burden of verifying vaccination on employees."

"As with mask mandates, requiring employees to confront customers in this way is calculated to lead to anger and violence. Many people feel strongly about their decisions regarding whether or not to get vaccinated," NACS wrote. "It simply is not the job of employees trying to serve Americans to challenge those beliefs — and that is undoubtedly how many individuals will take questions about vaccination status. The businesses across the country that we represent care about the safety and well-being of their employees. … Policies like Oregon's will risk the safety and well-being of employees."

"We strongly urge the Centers for Disease Control, Occupational Safety and Health Administration, and Department of Health and Human Services to recognize the peril that these types of policies will create for employees and make public statements emphasizing that state and local rules should not place the burden of verifying vaccination on employees," the association concluded.

Labor shortages and the challenging task of finding employees is the No. 1 issue for members of the Wisconsin Petroleum Marketers & Convenience Store Association (WPMCA). As the state begins to move beyond the COVID-19 pandemic, the association reports hearing more stories of members reducing the number of hours of operation or closing stores on certain days of the week because they do not have enough employees.

The legislation also prohibits the Department of Workforce Development from waiving the work search requirements for any reason related to COVID. The legislators say 21 other states have opted out of the federal unemployment insurance benefit enhancers that expire on Sept. 6, 2021 unless the federal government extends it.