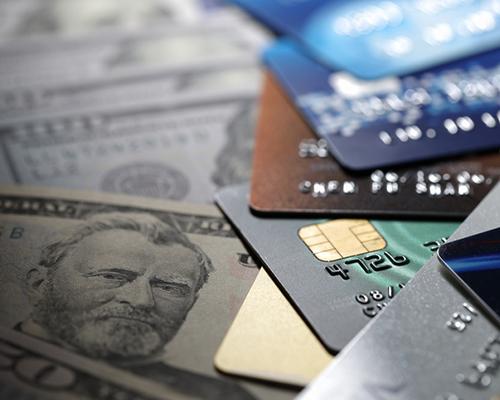 The original state law establishing a multi-year schedule of minimum wage hikes topped out at $12.50 upstate, but specified that it should continue to rise to $15 an hour eventually, leaving the Labor Department, with economic analysis from the Budget Division, to determine how fast. That law also stipulated that the minimum wage for Nassau, Suffolk and Westchester counties will increase from $14 an hour to $15 on Dec. 31. New York City has already reached $15.

The New York State Health Department issued a report showing that youth tobacco use is down across all product categories, and that cigarette smoking among high school students has reached an all-time low of less than 3 percent. High school-age youth vaping dropped as well, from 27.5 percent in 2018 to 22.5 percent in 2020, although electronic nicotine delivery systems are still the most commonly used tobacco products among youth, the department said.

Gov. Hochul signed a bill requiring all new cars and light trucks sold in New York in 2035 and thereafter to be zero-emission vehicles. The New York Association of Convenience Stores (NYACS) has objected.

"We are not assailing the goal," said NYACS President Jim Calvin. "We are questioning the decision to statutorily cast it in stone without knowing how things will play out. This will light a fuse that no one will be able to extinguish. Come 2035, will it set off fireworks celebrating the triumphant end of carbon emissions in New York, or will it blow up New York's economy?"

The Pennsylvania Food Merchants Association (PFMA) is closely monitoring the progress of budget reconciliation in Congress, with several components of the proposed revenue plan of particular concern.

With 90 percent of all cigarette sales taking place in small retailers such as convenience stores and gas stations, the impact to these businesses would be severe, according to the PFMA. For consumers, the tax would burden those who can least afford it, increasing the likelihood of seeking lower-priced sources out-of-state or counterfeit products on the black market.

The proposed budget also contemplates a new excise tax of 20 cents per pound on the sale of virgin plastic. That tax would increase the price consumers pay for plastic goods by 26 percent.

Several other revenue sources that would impact the food and beverage retail sector are being explored to support the proposed budget: changes to capital gains and estate taxes, limiting or repealing the Section 199A pass-through deduction and increases to corporate taxes. Higher taxes in these areas would mean a reduced ability to hire and fairly compensate employees, and have a chilling effect on business plans to expand and grow, the PFMA stated.

The association has sent letters to members of the Pennsylvania Congressional Delegation warning of the negative impacts of the various proposed tax increases and has issued multiple action alerts to its membership as part of a grassroots advocacy campaign.

The Philadelphia City Council reconvened in September to begin its fall term, with an emphasis on neighborhood investment and equity. Last year, the council approved its Neighborhood Preservation Initiative and introduced a $400 million plan for citywide investments in affordable housing, small business assistance and other improvement projects. Of the total, $27 million is earmarked for neighborhood infrastructure improvements and more than $15 million for neighborhood small business support and revitalization.

Other fall legislative items on the radar for PFMA in Philadelphia include a proposed ordinance limiting third-party food delivery fees and another dealing with business nuisance abatement measures.

For the better part of the last decade, the Wisconsin Petroleum Marketers & Convenience Store Association (WPMCA) and its members have led the effort to educate legislators on the costs that credit cards and swipe fees add to a small business, and pushed for relief from this expense. In particular, its focus has been on how members and other main street retailers lose money when they collect and remit taxes to the state as the swipe fee is applied to the tax portion of a sale.

Those efforts have begun to show results as State Representative Tyler Vorpagel (R-Plymouth) and State Senator Dan Feyen (R-Fond du Lac) have expressed interest in trying to help address this problem. They have drafted legislation that would exempt the sales tax portion of a transaction from swipe fees.

The WPMCA is now leading a coalition of Main Street Retail associations in support of this bill and urging lawmakers to add their names. Nearly three dozen legislators have signed onto the Vorpagel-Feyen legislation.

Wisconsin retailers are provided a small allowance of 0.5 percent (capped at $1,000) as compensation for the sales taxes they collect. Retailers are paying substantially more on the swipe fee for the sales tax than the discount provides. Because the swipe fee is calculated on the tax, credit card companies are essentially taking a percentage of the taxes collected, stated the WPMCA. The retailer is left to make up the difference to ensure the state receives 100 percent of the taxes due.