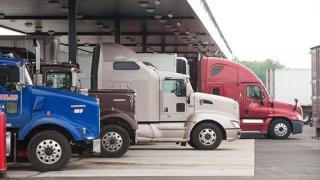 This month, a number of local legislative activities occurred in New York and Vermont while one retail association weighs in on California truckers' suit.

U.S. and global supply chains remain in a state of disruption more than two years into the COVID-19 pandemic. The U.S. Solicitor General has recommended that the U.S. Supreme Court set aside an appeal by the California Trucking Association (CTA) that California's Assembly Bill 5, which extends employee classification status to some "gig" workers not apply to California truckers.

Evan Armstrong, vice president of Workforce for the Retail Industry Leaders Association, wrote that the recommendation, if accepted, would be a win for union labor leaders, but a huge step backwards for those working to untangle the nation's supply chain.

"What the administration has neglected to consider is the fact that independent owner-operators are the bedrock of trucking in the United States. California alone has over 70,000 of these individual businesspeople, who have chosen to work on contract for the flexibility of choosing what companies, schedules, compensation, and freight they want to work for and with," Armstrong said. "Upending the independent owner-operator model would be a crushing blow to the industry and its drivers, and it would strip away the freedom of tens of thousands of Americans who made a personal choice to be their own boss."

Armstrong went on to note that the U.S. economy "can ill afford further shocks and disruption in the ports and on the highways. The administration must use its political capital to encourage negotiators to reach a swift resolution to contract talks, while quietly pulling their brief from the Supreme Court supporting AB5."

An expanded state Bottle Bill was introduced in the state legislature which would include juice, energy drinks, ready-to-drink (RTD) coffee and tea containers, and liquor and wine bottles.

This expansion would inundate convenience stores' already crammed back rooms with even higher piles of redeemed bottles and cans awaiting pickup, according to the New York Association of Convenience Stores (NYACS), which opposes the expansion as well as a related proposal to double the deposit rate to 10 cents per container. The association holds that it would flood New York stores with redeemable bottles and cans from neighboring states where the deposit is still 5 cents.

NYACS has been meeting with members of both the Assembly and Senate with the aim of defeating the passage of bills that would ban flavored tobacco and flavored nicotine pouches.

Additionally, the association is working to block a ban on selling flavored smokeless tobacco within 500 feet of any public or private school. The sponsors claim 5.9 percent of New York high school kids use the product, which is completely untrue, NYACS said.

NYACS and other business organizations continue to try to block passage of a bill that would enable employees to attach a lien on an employer's property simply by filing a claim alleging unpaid wages.

On June 1, the New York State temporarily suspended its excise tax and state sales tax on gasoline and diesel, reducing the tax burden on a gallon of motor fuel by 16 cents. Governor Kathy Hochul and the state Legislature approved this measure as part of the state budget enacted in April to provide relief to motorists from soaring gas prices.The law requires retailers to reduce their pump prices by the full 16 cents.

In addition, some cities and counties are changing their method of computing their local sales tax on motor fuel June 1 from a percentage to cents-per-gallon to temporarily reduce the amount of local sales tax they collect at the pump. As of April 28, at least 12 counties had voted to do so, and as many as 15 others were discussing the possibility. How many cents per gallon varies from one county to the next because the state gave them several taxation levels to choose from.

PFMA also offered a series of recommendations to help alleviate the pressure — among them a reduction in the state corporate net income tax rate, currently the highest in the nation at 9.99 percent. The association also urged lawmakers to do what they can to ease labor pressures, support domestic energy solutions and policies that ease the strain on fuel supplies, and reform the state's Supplemental Nutrition Assistance Program (SNAP) distribution schedule to help food retailers maintain stocks levels for recipients.

In addition to offering testimony, PFMA is working directly with elected officials in Harrisburg to help enact these needed policy changes for this legislative session. The association also is engaging with member stakeholders on grassroots advocacy and outreach.

The frequency and severity of organized retail crime (ORC) has skyrocketed in recent months, and PFMA is taking steps to address the problem at the state level as well as in Philadelphia, the association stated. The PFMA Loss Prevention Committee met early in June with representatives from the Philadelphia Police Department and the city's District Attorney's Office, who outlined a pilot program being organized in the city the focuses specifically on ORC.

The association is also working with state regulators and legislators to secure funding for a targeted and sustained focus on organized retail theft.

From a policy standpoint, PFMA is monitoring state legislation to curb the resale of stolen goods. HB 1594 would require online marketplaces to collect certain information from high-volume third-party sellers. Under this legislation, sellers would be required to provide bank account information, contact information and a tax identification number to the online marketplace. Contact information, such as name, address or email, must also be provided to the consumer by the third-party seller to help ensure transparency and accountability. HB 1594 passed out of the state House unanimously in January and is waiting for a floor vote in the Senate.

HB 1093 would increase the grading for theft of plastic carts, cases, trays, baskets, boxes, and other containers to a misdemeanor of the third degree. It is currently a summary offense. This is another bill aimed at tackling theft and resale crimes — in particular, plastic resin commercial baking trays — but would also apply to shopping carts and other containers. The bill was introduced by House Judiciary Committee Chairman Rob Kauffman along with HB 1092, which would expand the identification requirements needed to recycle plastics so that thieves can be deterred or better tracked and apprehended. Both bills have passed out of committee and are awaiting floor votes.

Governor Phil Scott signed HB 730, a bill to reduce the tax rate for spirits-based RTD products and expand outlets where they can be sold.

"With this new law, Vermont consumers will be able to visit beer and wine retailers to get their favorite ready-to-drink cocktails, and distillers will no longer be burdened with such an excessive tax rate," said Jay Hibbard, senior vice president of state government relations for the Distilled Spirits Council of the United States. "States across the nation are looking at ways to create a more level playing field for spirits-based ready-to-drink products, and Vermont is now one of the leaders in that area. Treating products with the same or similar alcohol-by-volume fairly just makes sense, and this measure increases consumer convenience while supporting local businesses. We are grateful for Gov. Scott's action on this front."

Prior to this law, spirits-based RTD products were only available in 81 state-operated stores. Now, these products will be available in more than 1,000 additional retail outlets.

The law will also reduce the tax on spirits-based RTD products from $7.68 per gallon to $1.10 per gallon (implied excise tax rate based on markup, taxes and fees currently assessed by the state), and will become effective on July 1.

Twenty-four states already have lower tax rates for lower-ABV spirits-based products. In fact, last year bills to reduce the state excise tax on spirits-based RTDs passed in Michigan and Nebraska. At least 12 states have introduced bills so far this year to create a more level playing field for spirits-based RTDs in support of consumers and small businesses in their communities.