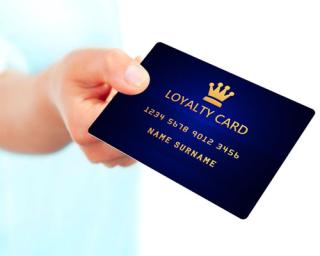 PLEASANTON, Calif. — Members of loyalty programs say they want more accessible redemption opportunities and prefer to redeem their points at least once a year, and want to redeem their points well before hitting $100 in reward earnings, according to research commissioned by Blackhawk Network, a global financial technology company.

A reward card is the most popular reward option, especially among younger generations, according to the e-book "A Heart-to-Heart About Increasing Loyalty." More than 1,500 American adults were surveyed on their preferences and attitudes toward loyalty programs across a range of categories, including:

Consumers want more redemption opportunities. The highest engagement is seen in members of food and beverage, online retail, gym and retail programs, with approximately nine out of 10 surveyed loyalty members in each category reporting that they redeem their loyalty points at least once a year. Additionally, a majority of surveyed members in those categories consider themselves frequent redeems who cash in their loyalty points four or more times per year.

Only surveyed members of airline and/or hotel chain loyalty programs usually wait until they have at least $100 in rewards to redeem their points. In other categories, most members prefer to redeem well below that amount, particularly members of online retail (85 percent), utility (76 percent), phone (75 percent) and bank (68 percent) programs.

However, consumers are divided on whether they prefer physical or digital rewards, with research showing there is demand for both options, as well as gifts and prepaid cards.

"Effective loyalty programs keep participants engaged and continuously coming back for more. Our research found that participants in programs with the highest engagement are redeeming their loyalty points at least once a year, and in some categories, the majority of consumers are redeeming at least four times a year," said Theresa McEndree, vice president of marketing for Blackhawk Network.

"Combined with the fact that most consumers want to redeem their rewards well before the $100 mark, our findings suggest that retailers and organizations can increase consumer engagement with their loyalty program by simply offering the right rewards at the right values," she added.