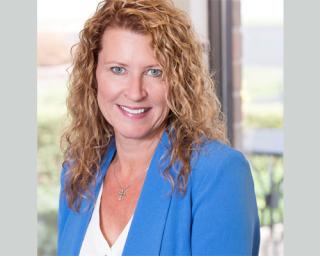 CAROL STREAM, Ill. — For JoAnn Saverino, a career in the convenience channel was expected. In 1988, she began working for her family's sales and marketing business, Saverino & Associates Inc., and she’s been rising up the ranks ever since.

Over the course of her 31-year career, she's served in many roles for the company, from customer service supervisor to sales team associate to sales manager of the c-store division. In 2011, she was appointed to her current role as vice president of sales and marketing, overseeing the sales teams in 22 states.

On any given day, you will Saverino on the phone with her team or chatting with clients, answering emails, traveling to meet with customers, and working on reporting, trackers and information sourcing. The best parts of her career, she says, are the people she's encountered and how she has contributed to the success of others.

"I have worked with some of the best and some of the worst, and have learned from all of them. I have made some very good lifetime friends while doing a job I am passionate about," she expressed. "Knowing that by working hard and committing myself, I am also lending to the success of others; the realization of how many people that effects in the big picture is very rewarding."

Taking a tough challenge and finding a solution for both parties that is sensible, profitable and creates a successful partnership is very rewarding as well, according to Saverino.

"We are a family business and many of our vendors and customers have been family businesses over the years, too, which adds another positive aspect for me personally," she said.

Rewards, however, aren't reaped without overcoming challenges. There's always pressure to perform well and, in many cases, Saverino believes what women do reflects the entire gender. "I read a political quote that sums it up very well. It said, 'If I fail, no one will say, she doesn't have what it takes. They will say, women don't have what it takes,'" she noted.

Recalling her experiences with gender bias over the last three decades, Saverino notes that the barriers to advancement have improved greatly. However, she doesn’t think the industry is there just yet. She cites a number of lingering factors, such as the imbalance of the pay scale and workload expectation.

Saverino believes women need to support one another by being mentors, reaching out to offer advice and guidance, and being an ear and shoulder for the next generation of women in line.

"I also tell women to keep a smile and a positive attitude. Hold your space at the table. Lean into the conversation; don't be afraid to voice your idea or opinion. Take credit for your successes, as well as your failures. Negotiate for what you deserve. But also listen as much as or more than you speak, do your homework, work hard and smart, stay humble, and treat people the way you want to be treated," she told Convenience Store News.