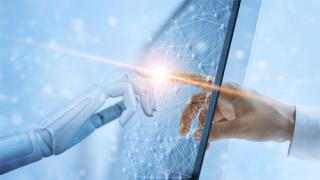 NATIONAL REPORT — The convenience store industry has always kept up with the changing needs of its customers. Many retailers who can trace their roots back to dairy farms and milk delivery eventually grew into brick-and-mortar stores. Moving through the 20th century, they expanded to offer fuel — which then evolved even further into self-service forecourts.

Now, as we are firmly in the 21st century, it has become clear that it’s going to take a lot more than pump-your-own gas for convenience retailers to keep up with today’s customers.

Convenience Store News asked c-store operators what they think are the hottest and most promising technology trends that will help the industry profit in 2020. Here’s what they said:

The c-store chain, which is owned by Hammer Williams Cos., is on the lookout for “a good digital signage company” that can tie into its mobile provider and journals, use Bluetooth beacons to track a customer around the store, and then tailor the digital signage specifically to that customer, he explained.

Connecting with shoppers outside the store is a focal point as well.

"We have started putting digital billboards outside on the highways, and I want to know when our customers are passing by, in time to show them the ads that will make them turn into the lot," Holloway said.

"I think we are a hop and a skip from fulfilling orders at the curb. Doing so successfully with smaller baskets than most other verticals will require engineering technology that will make that transaction faster and more accurate than that of the big-box stores," said Holloway.

To ensure success, he says it is also "paramount" to get information into and out of the chain’s ecosystem securely, and that is where technology plays a key role.

"Not only should our app be letting the customer know their order is being processed, what the status is, and which parking lot space to pull into, but we should have technology at the store that knows when they are pulling into the lot and verifying that the device is in the specified spot," Holloway explained.

"We can't hire someone just to put the orders together and run them out. We've got to make this digital experience complete at the transaction,” he urged. “Digital IDs, mobile wallets, labor optimization and store inventory utilization have all got to be in alignment to make it work."

E-commerce giant Amazon created a stir when it opened its first brick-and-mortar location and introduced walk-in, walk-out shopping. In the wake of Amazon's move, many c-store retailers have followed suit and began removing store associate from the checkout process.

"Finding new ways to use frictionless technology is the biggest thing our industry has coming in the next year," predicts Chris Hartman, director of fuels, forecourt and advertising at The Rutter's Cos., the York, Pa.-based operator of Rutter's convenience stores.

The first step is implementation; then comes fine-tuning, according to Hartman.

"As retailers continue to implement various forms of 'frictionless' technology, it will be refined to suit the customer's and retailer's needs,” he said. “It will be evolutionary, not revolutionary."

Frictionless does not mean the same thing to everyone, but the main takeaway is to make the customer experience more “seamless,” Hartman explained.

The Next Wave of Mobile Apps

There are many opportunities for c-stores in the tech arena, according to Sucharita Kodali, vice president and principal analyst for Forrester Research. During a recent webcast, hosted by Diebold Nixdorf and entitled "Top Trends in C-store Technology: Which Ones Really Drive Convenience," she outlined six top tech trends for the channel:

The convenience channel is uniquely positioned to take advantage of the mobile trend, Kodali believes.

"The truth is, most retailers are not well suited to mobile apps because they don't see their customers all that frequently. The average retailer may see their customer only a few times at best and in those cases, an investment in a mobile app doesn't necessarily make a lot of sense. In the case of c-stores, however, which can see their best customers multiple times a week, this type of shopping environment is actually perfect for a mobile app,” Kodali discussed during the webcast. “The types of transactions and the frequency of the transactions are also well suited for thinking about digital wallets."

Rutter's is one c-store retailer making advancements around the mobile-app trend. It first introduced a mobile app 10 years ago. This year will bring the next generation: a new app and loyalty program, in partnership with Paytronix Systems Inc.

“We are creating a custom app, which will allow us to add many new and great features," said Hartman.

Set to launch in the first quarter of 2020, the retailer's 2.0 app will not only feature a complete redesign, but also will give Rutter's "the flexibility to continue to be technologically innovative with mobile," he explained. The best thing for retailers is to have an app that can be updated to adapt to the customers’ needs as they change, Hartman advised.

"The biggest thing that I see apps being able to do, that they can't right now, revolves around AI [artificial intelligence]. The ability for a company's app to predict a customer's need state, provide them with a solution, pay for that solution and have it prepared for their arrival (or delivered) is where things are headed," he said.

"My generation (millennials) are what we call 'time-starved', which means we don't feel there are enough hours in the day," Hartman continued. "Being able to cut time off of everyday activities, using predictive AI, will be the next wave of innovation."

Holloway agrees that AI will grow in importance in the future. Those first companies to really figure out machine learning, AI and APIs (application programming interfaces) will really have an advantage, he said.

"While we may have decades to hash it out, fuel is going to be an attractor that becomes smaller and smaller. We've got to step up our game to become the destination for other reasons," said Holloway.