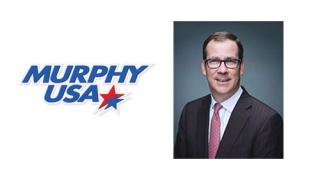 EL DORADO, Ark. — Murphy USA Inc.'s value proposition continues to prove its worth as an advantaged business model, according to CEO Andrew Clyde, who touted it as the reason for the second straight quarter of strong financial results.

"With inflation above its 40-year high, consumers need affordable everyday low prices on goods and services now more than ever," Clyde said. "Q2 results affirm that Murphy USA is one of the top value brands that consumers trust to meet their needs."

The value is notable on the forecourt. Over the past six months, Murphy USA's fuel business gained market share despite the rising price environment, which Clyde said would have been difficult to accomplish in an economically viable manner in previous lower margin environments.

A review of nearly 100,000 Murphy Drive Rewards loyalty program members found that they are buying a few gallons less per month. The fact that the Murphy is still growing overall volume indicates it is adding new customers, he noted.

"Our low-price strategy is effective across a wide range of different price and margin environment but is most economically impactful when industry margins are more robust, all else being equal," Clyde said.

The company is also seeing positive results from product innovation, such as the proprietary made-to-order ice and frozen energy drinks offered at QuickChek locations.

Murphy USA closed on its $645-million acquisition of QuickChek Corp. in early 2021. The deal for the Whitehouse Station, N.J.-based retailer added 157 c-stores in the Northeast to Murphy USA's portfolio.

Q2 BY THE NUMBERS

Looking at fuels, average retail gasoline prices were $4.21 per gallon, well above the $2.73 per gallon average in the second quarter of 2021. Total retail gallons were up 7.8 percent to reach 1.2 billion gallons in Q2 2022, compared to 1.1 billion gallons during Q2 2021. Volumes on a same-store sales basis increased 4.8 percent.