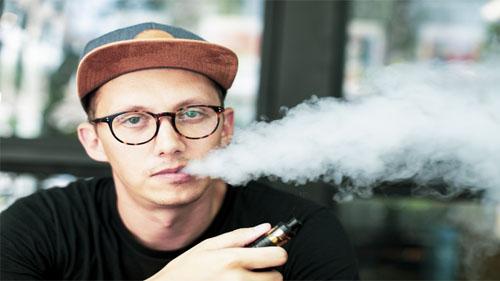 ALEXANDRIA, Va. — NACS, the Association for Convenience & Fuel Retailing, is giving its seal of approval on newly introduced legislation to prevent online e-cigarette sales to minors.

The legislation seeks to prevent online sales of e-cigarettes to minors by ensuring that the age of the purchaser is verified at time of delivery, which is currently required for cigarettes and smokeless tobacco products purchased online.

"The convenience store industry strongly supports this commonsense legislation that would close the internet loophole of minors acquiring e-cigarettes," said Anna Ready, NACS director of government relations. "According to a study published by the American Journal of Health Promotion, the most common retail source of e-cigarettes to minors is the internet, with more than 32 percent of minors who bought e-cigarettes at retail reported to have acquired the products online."

Last fall, NACS shared policy proposals with the U.S. Food & Drug Administration (FDA) seeking to help curb youth access to e-cigarettes. One of these proposals was for Congress to update current law under the 2009 Prevent All Cigarette Trafficking Act (PACT), which requires online sellers of cigarettes to ensure that the age of the purchaser is verified by the delivery carrier. The PACT Act has proven successful, but did not include e-cigarettes since the majority of products were not in existence a decade ago, NACS stated.

"NACS commends members of Congress who support legislation in the House and Senate to prevent minors from purchasing e-cigarettes online and from intercepting an at-home delivery," Ready said.

Alexandria-based NACS has 1,900 retailer and 1,800 supplier members from more than 50 countries.