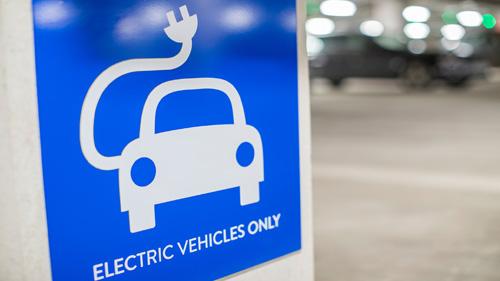 ALEXANDRIA, Va. — With the federal infrastructure bill headed to the U.S. House of Representatives floor, NACS is asking retailers to raise their voices in support of leveling the playing field when it comes to electric vehicle (EV) charging networks.

According to NACS, House lawmakers will begin to take up H.R. 3684, the INVEST in America Act, this week following a bipartisan Senate deal on President Joe Biden's nearly $1-trillion infrastructure package.

Citing a report by CNBC, the association noted that the pact reportedly includes $579 billion in new spending, including $15 billion for EV infrastructure and electric buses and transit.

Currently, the bill includes provisions that allow EV charging stations to be placed at rest areas on interstates. This, according to NACS, would reduce EV charging options for consumers.

"Commercial services at rest areas have been shown to create monopolies and reduce private investment at interstate exits, which ultimately means higher prices and fewer commercial services for consumers," the association said.

In response to the bill, Reps. Rick Larsen (D-Wash.), Lou Correa (D-Calif.), Mike Gallagher (R-Wis.) and Randy Feenstra (R-Iowa), offered the Larsen Amendments No. 70 and No. 71 to the INVEST in America Act. The amendments would allow EV charging options at park-and-ride facilities, while continuing to protect off-highway businesses and communities.

As NACS explained, the amendments direct Congress to study the effects this policy would have before taking a step that would set back efforts by the private sector to build this infrastructure.

"Leveling the playing field when it comes to EV infrastructure and providing EV charging services is critical for the convenience and fuel retailing industry," NACS stated.

To that end, NACS is asking retailers to reach out to their federal lawmakers and ask that they support Larsen Amendments No. 70 and No. 71 to the INVEST in America Act.