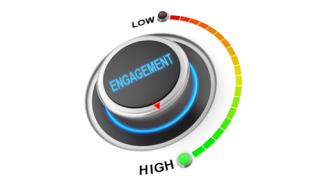 CHICAGO — Before the COVID-19 pandemic, consumers were beginning to embrace digital as a way of life. The events of the past 20 months only accelerated that transition, and heightened the convenience channel's need to pick up the pace to meet evolving needs.

Customer expectations are changing, and those changes are not being driven by the convenience channel, but rather by customers’ favorite apps on their phones, according to Sam Herro, director of business development at Hathway, who cautioned that the channel is not meeting the new expectations.

Pointing to research Hathway conducted pre-pandemic, 83 percent of respondents said they would use a convenience store app. But that need isn’t being met, Herro said during the "Modern Strategies for Customer Engagement and Loyalty" education session at the recent 2021 NACS Show. C-store apps are not currently keeping customers engaged, he explained.

While most c-store retailers have indicated that digital is toward the top of their tech agendas, the numbers don't support the level of priority. According to Hathway research, 56.5 percent of c-store brands lack any digital capabilities.

"Customers want to be rewarded across all lines of business — the car wash, the forecourt, inside the store," Herro said during the Oct. 6 session. "It could be a differentiator for us if we could figure out how to do it well."

The channel still relies heavily on in-store visits to drive business, he pointed out.

Whitney Getz, former vice president of digital and loyalty at Burger King, noted that the convenience channel is not the first industry to be disrupted by the digital evolution; it is just the latest.

When getting started along the digital journey, Getz said it is important to remember that it's not digital for digital's sake. Instead, retailers need to focus on a solution that can save their customers time or money, or both.

"Solve customers' problems through digital and they will flock to it," she said.

Casey's General Stores Inc. is one convenience retailer traveling along a digital path.

Art Sebastian, vice president of digital experience at Casey's, acknowledged that the convenience channel is behind, but he believes there is time to catch up.

"Convenience is no longer just a channel. Convenience is a need state for consumers and a strategy for retailers," he said. "Digital is well set up to deliver convenience."

Sebastian noted that digital is not limited to customer loyalty. Digital strategies can be applied to other areas of the business, such as the supply chain, logistics, and internal operations.

"We need to spend the money and invest," echoed Michael Caldwell, loyalty manager at Yesway. Even though the c-store industry has been slow to embrace digital, he said digital solves problems and the convenience channel is a problem solver.

Key to a successful digital experience today is loyalty as retailers are moving loyalty away from physical cards into the digital space. As Getz noted, those industries without a physical card are most likely new to loyalty and jumped straight to an app.

Aside from consumers not having to carry around a physical card, another major benefit of digital loyalty, Getz pointed out, is that it allows for a two-way conversation between the retailer and the customer.

Casey's launched its loyalty program, Casey's Rewards, as digital only.