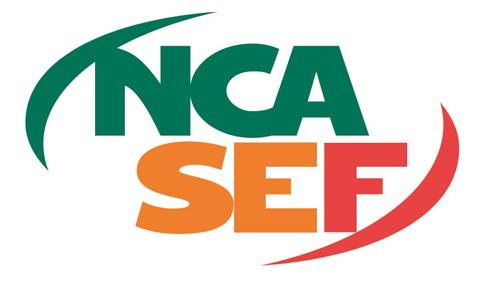 SAN ANTONIO — The National Coalition of Associations of 7-Eleven Franchisees (NCASEF) is hoping to get a look at its parent company's books, particularly to see how much money 7-Eleven Inc. collected from vendors at its recent corporate convention.

"We strongly believe that the money 7-Eleven collects from vendors at trade shows should be used to help lower the cost of goods for all franchisees," said Rehan Hashmi, vice chair of NCASEF. "The company collects millions of dollars for its Japanese parent even as U.S. franchisees are struggling to earn solid profits."

7-Eleven Inc. held its 2019 7-Eleven Experience in Las Vegas in February. The event consisted of a trade show, which featured more than 146 vendor partners — double the number of booths from last year — and 888 pre-book opportunities for 7-Eleven franchisees, as Convenience Store News previously reported.

Citing its parent company's website, NCASEF noted 7-Eleven said a franchise owner gets to leverage the retailer's super buying power and offer customers what they love at great prices, and without cutting into profit margins.

However, the coalition said franchisees sometimes pay more for items that they could purchase from warehouse clubs like Costco.

"The SEI franchise agreement makes no guarantees that franchisees receive the best pricing or most advantageous terms from the supply chain run by the corporation, even as it collects millions from the vendors who help supply stores coast to coast," NCASEF said in a press release on April 16.

The coalition added it has repeatedly asked for 7-Eleven Inc. to apply vendor payments to the cost of goods

"The 2019 7-Eleven Experience (7EE) in Las Vegas was extremely successful. This year's event drew a record attendance of over 4,500 franchisees and their guests totaling over 8,500 attendees. Franchisees continue to tell us that this is an important event for them to share best practices and gain tools to help them grow their businesses," 7-Eleven Inc. told Convenience Store News.

"7EE sponsorships go toward the costs of the event and defraying franchisees' travel costs to the event. Prior to sponsoring 7EE, each participating vendor confirms that their sponsorship dollars cannot be applied to lower cost of goods," the company explained. "7-Eleven shares in the cost of goods with franchisees and has a shared interest in obtaining low cost of goods. When 7-Eleven franchisees win, 7-Eleven Inc. wins."

NCASEF is an elected, independent body representing more than 7,000 7-Eleven franchised locations in the United States. It is comprised of 39 franchise association members who represent more than 4,600 7-Eleven owners in the U.S.

Irving-based 7-Eleven Inc. operates, franchises and/or licenses more than 67,000 stores in 17 countries, including 11,800 in North America. 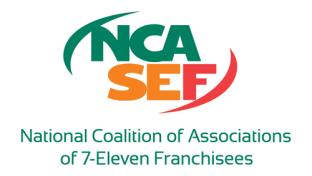