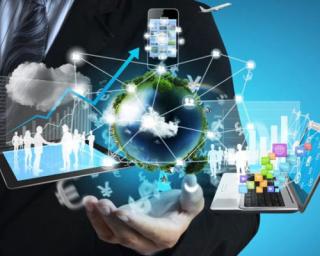 CHICAGO — Despite the economic challenges of the COVID-19 pandemic, convenience store retailers are still planning to increase their investments in technology to improve everything from data security to the customer experience. But small- and medium-sized chains have a lot more catching up to do than their larger counterparts.

When it comes to the digitization of the convenience store, there are "fundamental differences between a small and large operator," according to Tim Tang, director of enterprise solutions at Hughes Network Systems, which sponsored the webinar.

For one, a smaller retailer doesn’t carry "the business pull" of a larger chain, which can result in challenges with their digital suppliers; namely, how to build their technology roadmap and get applications to "connect" with one another.

The focus should not just be "on the here and now, but down the road," Tang emphasized.

Technology vendors and associations can be good places for smaller retailers to start, as many will help them understand APIs and other fundamentals of a future-forward digital strategy.

The 2021 CSNews Technology Study also revealed widespread adoption within the c-store industry of technology that is directly related to customer interaction — such as social media and consumer-facing websites. Social media is a very easy way for operators to make their brands known and cultivate an audience, noted Tang.

When looking to the future, retailers most frequently point to text messaging to customers (cited by 40 percent of operators), e-mail marketing (37 percent) and GPS/geolocation alerts (also 37 percent) as the technologies they’re most likely planning to add.

Tang cautioned that mobile ordering with an app can be particularly challenging for the c-store industry, especially for smaller operators since there are multiple brands to consider — the forecourt/major oil brand, as well as the in-store brand, and possibly a food brand, too. The question becomes how to get a customer to truly connect with the duality of mobile brands, particularly inside a single-site operator.

"Never underestimate how difficult it is to get a consumer to install your app on their phone. There is a meaningful fight for real estate on that phone," said Tang. "You have to earn it."

Despite being well past the April 2021 deadline that shifted outdoor EMV liability to c-stores/gas operators, 58 percent of this year's study respondents indicated they are not yet fully EMV complaint at both their in-store POS and fuel pumps. Moreover, 60 percent of those not yet in full compliance don't expect to reach it by the end of this year, and more than a quarter don't expect to reach full compliance until sometime after 2022.

Once again, the lack of compliance is not evenly distributed. It is much more heavily weighted toward smaller operators, Tang said.

Because larger operators have "so much more to lose," they got their act together two to three years ago, he explained. It's the smaller operators who waited and held back and now, suddenly, they're seeing chargebacks and getting bills in the mail.

"This is going to undermine the small operator community because so many are not compliant," Tang said.

By far, the quickest and cheapest way to get up to speed is to invest in a retrofit kit, but there are now supply issues, he warned. Upgrading/replacing the dispenser is another option for those c-stores that can afford it. Dispensers that are seven to nine years old are probably due for an upgrade.

A full-blown dispenser upgrade is about planning for the future — it's less about fuel and more about food, said Tang. "Don't underestimate the urgency of this situation. There are a lot of reasons not to wait any longer," he said.

Unlike in 2020, when many retailers stated that becoming EMV compliant was their single highest priority, respondents to this year’s study listed a broad range of technology priorities for the coming year.

More than half of retailers plan to direct at least part of their tech spending toward improving data security. This is a "fairly meaningful" paradigm shift, according to Tang, away from PCI (payment card industry) compliance and toward cybersecurity, which he said is "as important, if not more important, than the locks on your doors."

And it's not that PCI compliance has gone away, but rather that the "cybersecurity posture" can basically shut a retailer down. The c-store world, including single stores, is not a simple world anymore; it is very digitally dependent, Tang relayed.

"This starts a whole new way of thinking about how that c-store needs to be set up with employee engagement solutions," he added.

Looking ahead, frictionless self-checkout is considered a top tech opportunity for convenience stores to give customers more control over the shopping experience.

"It's about enabling customers to take care of themselves to get out even faster," Tang stated.

And the labor shortage is making more retailers look at this as a matter of survival.

Frictionless solutions are not only about improving the customer experience, but also about adding another layer of insight as to what the customer is doing in the store and in what order, so the operator can later adjust its portfolio and positioning of SKUs within the limited space.

Another level of insight has to do with understanding when the bathrooms need to be cleaned and when equipment has malfunctioned in real time.

"All of these opportunities for technology to improve the business — to minimize the operational overhead while improving the profitability of the business — are now in play, when they used to be nice-to-have," said Tang.

An on-demand replay of "2021 Tech Study: Bridging the Digital Divide" is available here.