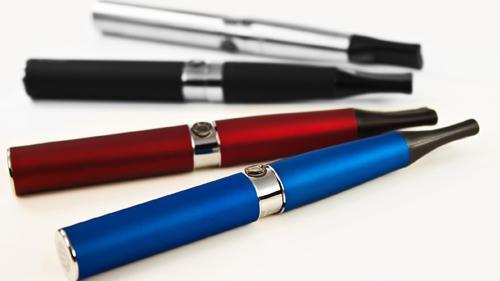 NATIONAL REPORT — The tobacco category is in the midst of a "perfect storm," according to participants in Convenience Store News' recent virtual Retailer Roundtable that analyzed the latest tobacco category data from CSNews' exclusive retailer and consumer research studies, followed by an open discussion on the top challenges and opportunities in the tobacco business today.

Convenience store retailers are currently contending with legislative and regulatory changes, such as the sweeping Tobacco 21 movement, the premarket tobacco product application (PMTA) process and flavor bans; as well as new product innovation and consumers' changing buying habits brought on by the COVID-19 pandemic.

Cigarette dollar sales took a slight downturn vs. a year ago in the 52 weeks ended June 13, and consumer unit sales were down more than 6 percent, in part due to the effects of the COVID-19 pandemic. However, looking at more recent MSA data shows that COVID-19 has actually been benefitting the cigarette market.

"The fact that many people are now working from home without smoking restrictions has helped to build this market somewhat," said Burke. "In fact, this year we may see an increase in the market in terms of total nicotine vs. last year. That's the first time we’ll see an increase in many, many years."

While cigarettes may end up having "a very good year" in 2020, the real star in the tobacco market right now is modern oral, according to Burke. This segment showed a dramatic increase of 178 percent in dollars during the 52 weeks ended June 13. Swedish Match holds nearly 90 percent of the segment's dollar share due to an increase in sales of its ZYN oral nicotine products.

"Modern oral products can be consumed while wearing a mask, so even this segment is benefitting from COVID-19," the MSA executive pointed out.

Two tobacco segments currently feeling the affects of the flavor ban that went into effect last year are vaping and e-cigarettes. Vaping is experiencing a downslide despite exhibiting strong growth through mid-June. The flavor ban, with the addition of the vaping crisis that occurred at the end of 2019 and the implementation of age 21 restrictions, is negatively impacting the vaping segment. On the flip side, e-cigarettes have seen somewhat of a revision in regulations, with disposables still being allowed to sell flavors.

"Overall, throughout 2020, the pandemic has really shaken up this market and created interesting results for the category when compared to the past several years," Burke said.

Sheetz's Crozier said the Altoona, Pa.-based chain saw more cigarette purchases by the carton and smokeless tobacco purchases by the roll, most likely tied to adult tobacco users' desire to be out less. "Fewer trips, higher sales," he added.

In certain geographies, tobacco outlets and vape shops were considered non-essential businesses (whereas convenience stores were deemed essential), so they were mostly closed during the early months of the pandemic. That also contributed to some influx of volume, Crozier noted.

"Tying into that is changes in consumers' commute. You might have been stopping at a c-store on Monday and purchased two packs, and Thursday to purchase two packs. But that became more of buying a carton every 10 days in just one trip instead of making multiple trips," he pointed out.

At Yesway's convenience stores, cigarette carton sales were up 30 percent over the prior year and the trend is still holding. Overall, cigarette sales are up 6 percent as consumers have stocked up for the unknown. Yesway's oral nicotine segment saw a 20-percent uptick due to its perceived health benefits among consumers, according to Harder.

Although the pandemic has had a widespread negative impact on c-stores, Spinx's Dillard cited one positive outcome: the freedom it has given to tobacco users.

"With the added stress of COVID and job insecurity, [the pandemic] is giving consumers freedom to smoke at home and use tobacco products when they want. Social distancing has also removed some of the social pressure or stigma for smoking or other tobacco use out in public," Dillard explained.

The Effects of Tobacco 21 & Flavor Bans

Hitting in mid-March, the coronavirus pandemic struck on the heels of two major regulatory changes aimed at the tobacco industry: the federal Tobacco 21 legislation in late December, and the Food and Drug Administration's (FDA) removal of unauthorized flavored vapor products, excluding disposables, from the backbar in early February.

Tobacco 21 hit vaping harder than any other segment, Burke said, adding, "I think that was the intent of that regulation." And the impact of the FDA's flavor ban may be driving vapor users back to the disposable cigalike products, as those items are showing some growth.

"The category was definitely in flux between November 2019 through February, all pre-COVID," Crozier said. "It was more than just age 21 and the flavor pull. They were certainly factors, but Juul pulled their mint flavor in late 2019 and that had an impact."

The first quarter of the year is always "a tough time" in the c-store business as customers are typically in a savings/change mentality, gearing up to pay Christmas debt and sticking to New Year's resolutions, which negatively impacts tobacco use, Dillard said.

This year, though, with the added pressures of the initiation of the Tobacco 21 regulations and flavor bans, retailers needed to pivot their backbar strategy.

Spinx did see an initial pullback on vapor, with mint being one of the top SKUs in the segment. But traditional combustible products and smokeless did not even see "a bump in the road," he reported. "If anything, we've seen positive growth in volume and share, and seen a pretty quick conversion rate in moving from mint and some of the other flavored products into menthol."

Having navigated the Tobacco 21 law, the FDA’s flavored vapor products ban and the COVID-19 crisis already this year, c-store operators unfortunately are not done yet with obstacles facing their tobacco sales.

On Sept. 9, the deadline hit for tobacco companies and manufacturers to file premarket tobacco product applications with the FDA for products included in the agency’s 2016 deeming rule — among them, vapor products. Any product that did not file a PMTA had to be removed from the market as of Sept. 10.

Spinx's approach has been centered on flexibility and reconfiguring the space so that it has the ability to merchandise products that accommodate the space, Dillard noted.

Meanwhile, at Yesway, the motto has been “be prepared.”

"We were quite strategic with a lot of the items we initially carried," Harder said. "We purposely decided who were going to partner with to make sure they were fairly well-known brands that we can trust." If those brands did not file PMTAs, they will be removed. The retailer has other products waiting in the wings to fill the space.

Crozier says retailers and manufacturers should already have been prepared for the original PMTA deadline, which stood at May 12, 2020, before it was delayed with court approval in April due to COVID-19. Now, he advised, it is "critical" for retailers to check with manufacturers and wholesalers to determine which products have submitted applications to the FDA.

The FDA has said it will publish a list of the products with submissions on file. In a blog post on Aug. 31, Mitch Zeller, director of the agency's Center for Tobacco Products, said the FDA had received applications for about 2,000 electronic cigarettes and other newly regulated tobacco products to date. There are more than 400 million eligible items that would need to apply to stay on the market. Once an application is submitted and accepted by the agency, the FDA has a 12-month timeline to review and approve the PMTA.

An on-demand replay of "Retailer Roundtable: The State of Tobacco 2020" is available here.