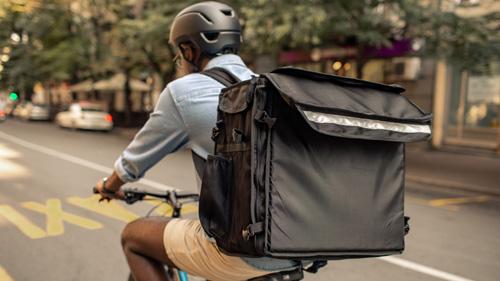 CHICAGO — By adding delivery to its menu of services, convenience stores have the opportunity to attract new customers to their brand.

According to recent poll of customers by Vroom Delivery, 80.6 percent of delivery customers would not have otherwise visited the same store in-person to make a purchase had home delivery not been available.

Six percent said they would have still visited the same brand but at a different physical store.

Of the 19.4 percent of customers that would have otherwise driven to the same store to pick up the order, the average delivery transaction size of these customers was still nearly $45 — notably larger than the average in-store transaction of less than $9, according to Vroom.

The e-commerce platform, which is specific to the convenience store channel, also asked customers their primary reasons for ordering delivery. The reasons include:

When looking at a customer's satisfaction of the delivery service, more than a quarter of all five-star reviews on Vroom Delivery specifically mention the consumer's interaction with the driver as their primary reason for their positive experience.

Unlike most third-party e-commerce companies, c-stores primarily use their own staff for deliveries through Chicago-based Vroom. When consumers have an issue with their order on delivery platforms, two-thirds blame both the business and the delivery service. For those stores who utilize third parties for the fulfillment, this can be a significant risk to their brands as they are unable to correct poor customer service, Vroom noted.

Vroom's data also shows a side benefit of branded delivery as it relates to advertising effectiveness on social media. According to the company, ads that show employee drivers in their company uniforms tend to outperform ads that do not show the delivery personnel or that utilize stock footage by over two times.

It  also increases engagement of ads by over three times, as people often recognize the individual in the ad and are more likely to comment or share on social media.