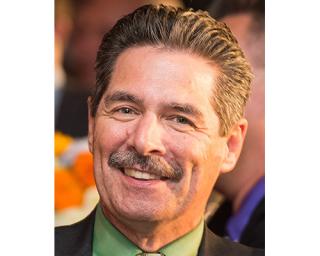 Founded by NYACS in 1996, the New York Convenience Store Hall of Fame honors retailers, suppliers and other individuals for exceptional achievement in, and distinguished service to, New York's convenience store industry.

Calvin will be inducted by NYACS during the organization's annual Chairman's Banquet on Thursday, May 12, in Syracuse. Friends and industry colleagues are invited to attend the induction ceremony and banquet. Registration is available at nyacs.org.

Calvin's election to the New York Convenience Store Hall of Fame comes after nearly a quarter of a century spent as NYACS' chief executive. He will officially retire on July 1 after 24 years in the role. Kent Sopris will serve as Calvin's successor and has already joined NYACS as vice president to provide a gradual transition of leadership.

During Calvin's tenure as president, NYACS has won awards from the Empire State Society of Association Executives for meetings, membership, publications, and government relations.

A graduate of Utica College and the Institutes for Organization Management, Calvin worked as a newspaper reporter and editor, a chamber of commerce executive, and a bank marketing director prior to joining NYACS in 1998.

He resides with his wife Jean and daughter Amanda in Valatie, N.Y., where he currently serves as vice chair of the Columbia Economic Development Corp.

The 2022 Chairman's Banquet is the closing event of NYACS' two-day Trade Show and Convention to be held May 11-12. Other events will include a welcome party, golf outing, educational seminars, trade exhibits, prizes, and other activities for both member and non-member retailers and suppliers.

Calvin will serve as the keynote speaker for the Trade Show's opening session on May 12. He will deliver his farewell address to the convenience store industry at the New York State Fairgrounds Expo in Syracuse.

Headquartered in Albany, NYACS is a private, nonprofit trade association that seeks to forge a favorable environment for New York's diverse community of neighborhood convenience stores. NYACS celebrated 30 years of advocacy in 2016. At the time, Calvin spoke with Convenience Store News about the association's evolving purpose after three decades.

"Our role is the same: to lead, inform and represent New York's neighborhood convenience stores," he told CSNews. "We do that by delivering vital knowledge, a unified voice on legislative and regulatory issues, and ways for members to share ideas, address common challenges and build relationships."

Calvin cited the New York State Bottle Bill as the catalyst for NYACS' creation in 1986. "It was an issue that universally affected convenience stores. We still fight issues that impact New York c-stores globally," he said.

The full list of New York Convenience Store Hall of Fame members can be viewed at nyacs.org/hall-of-fame.