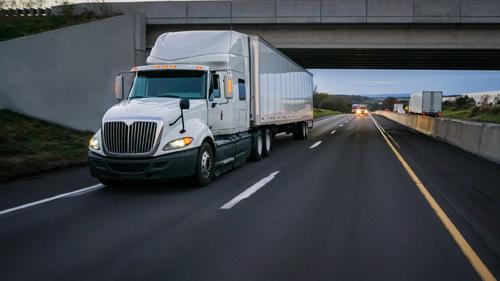 WASHINGTON, D.C. — The U.S. House of Representatives joined the U.S. Senate in passing the Infrastructure Investment and Jobs Act, a $1.2-trillion package of projects.

The National Retail Federation (NRF) commended the House for voting for the bipartisan deal.

"Retailers rely on the American infrastructure system to move billions of dollars' worth of merchandise to communities across the country and around the globe every day. A healthy and efficient transportation system is vital to the success of thousands of retail businesses," said NRF President and CEO Matthew Shay.

"This substantial influx of investment in our roads, ports, bridges and other core infrastructure will further enable businesses to meet burgeoning consumer demand and promote economic growth. The prioritization of our nation's fundamental transportation network will mitigate many of the supply chain challenges businesses are experiencing today and will pave the way for a 21st century infrastructure system that can withstand future disruptions."

"Public policy must ensure the private sector can invest in climate solutions in order to make progress," said NACS President and CEO Henry O. Armour. "The Infrastructure Investment and Jobs Act does that and will help our industry reduce greenhouse gas emission in transportation and offer consumers alternative cleaner fueling choices. We appreciate the work of the administration and Congress to get that accomplished."

According to NATSO President and CEO Lisa Mullings, the bill represents "sound public policy," and the organization commends lawmakers for ensuring adequate funding for U.S. highways.

"We appreciate that Congress has ensured critical funding for America's highways without tolling interstate highways or commercializing rest areas, which would have discouraged the private sector from investing in electric vehicle charging and other emerging technologies," Mullings said.

The Infrastructure Investment and Jobs Act recognizes the essential role that the retail fuels industry must play in lowering the carbon intensity of transportation energy in the United States.

According to the industry groups, grant programs established by the bill will encourage investments in a range of alternative fuels, including electricity, hydrogen, biofuels and natural gas, by allowing for the benefits of innovation and technology development, which will give consumers options, all while competing for their business on price, speed and quality of service.