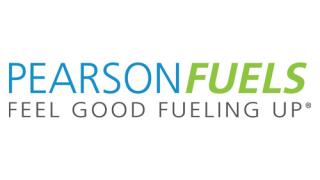 Following the announcement in September 2020, the Nebraska Corn Board saw a need to invest in reminding California consumers and state government officials that ethanol is a low carbon fuel that is available right now, according to the American Coalition for Ethanol (ACE).

To that end, Jeff Wilkerson, director of market development at the Nebraska Corn Board, worked with ACE Senior Vice President Ron Lamberty to discuss possible strategies.

"Pearson Fuels came to mind immediately because of their phenomenal success building E85 volume in California," Lamberty said. "By helping them create even more E85 demand, the ethanol partners can see how Pearson builds that demand and try to replicate it in other markets."

After connecting with Greg Jones, director of business development at Pearson Fuels, Wilkerson reached out to other state corn groups to drum up additional support.

According to ACE, San Diego-based Pearson pays a lower portion of the equipment cost than other companies, in part because it offers retailers turn-key entry into the E85 market, taking care of the regulatory challenges of adding E85 in California.

Pearson also handles all the Renewable Identification Numbers and California Air Resources Board credits to supply competitively priced E85, which has driven huge increases in volume over the past several years, the coalition said.

"The volume is great all by itself," Lamberty said, "If the low prices and greater visibility get the attention of California regulators and elected officials, it could make it easier to make the case for E85 as a low- to net-zero carbon fuel right now and into the future."

Established in 2002, Pearson Fuels became a pioneer in the alternative fuel industry with funding from the ​California Air Resource Board, the California Energy Commission and the US Department of Energy. It is the largest distributor of E85 in California.