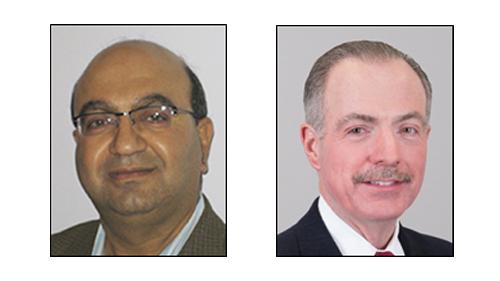 Delek US Holdings Inc. appointed Vicky Sutil to the board of directors. Sutil has more than 30 years of experience in the petroleum and refining industry. She is currently working with SK E&P Co., focusing on strategic planning.

Previously, Sutil worked with California Resources as vice president of commercial analysis for CRC Marketing Inc. from 2014 to 2016. From 2000 to 2014, she worked with Occidental Petroleum Corp. in different capacities including roles in corporate development and financial planning.

She began her career with Mobil Oil Corp. and also worked with Arco Products Co.

Tim Hoffmeister has taken over the newly created position of chief executive officer (CEO) of Implico Group. In addition to managing the finance and controlling department, he is now also responsible for the administration and human resources divisions. Hoffmeister joined the software and consulting company, which specializes in the downstream oil and gas industry, as chief financial officer in September.

Patrick Dillon joined Miller Zell as vice president of national accounts, including strategic and capital planning, P&L oversight, and vendor and stakeholder relations within both the convenience store and quick-service restaurant industries.

Prior to joining the Miller Zell team, Dillon most recently served as vice president of operations for both 7-Eleven and Sunoco, where he provided strategic leadership and vision for more than 500 convenience stores in 16 states, maintained direct leadership of regional directors and indirect store-level employees, operating more than 130 restaurants.

Previous to that position, Dillon worked at Alliance Energy/Global Partners for 18 years serving as vice president of operations. He began his career as a marketing representative at the Hess Corp.

He has served on the NYACS board of directors for 18 years, including one as chairman, and is a member of the New York Convenience Store Hall of Fame. He currently serves on the boards of the National Association of Shell Marketers and the SUNY New Paltz Foundation.

Reid serves as CEO of Lockport, N.Y.-based The Reid Cos./Crosby's, a regional fuel marketer and convenience food retailer. It operates 85 retail locations under the Crosby's banner throughout western New York and northwestern Pennsylvania.

Reid was a long-time board member of the Society of Independent Gasoline Marketers of America, serving as its president from 2006-2008. He most recently chaired The Fuel Foundation.

"These talented individuals have risen through the ranks, collectively bringing a powerhouse of experience, thought leadership and passion to our organization," said Richard Ferranti, president and chief operating officer, Rich Products. "They're leading the way as we move with greater speed and agility to meet and exceed the demands of the ever-changing food industry."

The personnel moves were as follows:

Madden joins VP after 16 years at DTN, most recently as senior vice president, where she oversaw two of DTN's largest businesses, energy and agriculture. Prior to DTN, she was with ExxonMobil and FuelQuest, holding positions that touched every aspect of the wholesale and retail fuels industry.