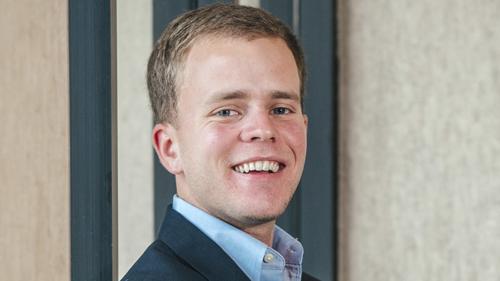 Alto-Shaam promoted Matthew Pugh to the role of regional sales manager. He will be responsible for developing and managing relationships with Alto-Shaam's stakeholders across the Mid-South Region, including design consultants, specifiers and end users. He will also play a key role in helping to increase demand for Alto-Shaam's range of kitchen equipment solutions through focused education and training.

Prickette is vice president of sales and marketing at GSC Enterprises. He began at GSC working in the warehouse and transportation before moving into the position of division manager, where he served for 13 years. He has been in his current role for seven years and with GSC for 20 years.

Danion Fielding, Getty Realty Corp.'s vice president, chief financial officer and treasurer, will resign later this year for personal reasons. Current plans call for Fielding to continue to serve in his role until a successor can be found. In connection with his departure, Getty has commenced a search for a new Chief Financial Officer and Treasurer.

GetUpside hired Kristen Thiede as the company's first chief people officer. Prior to joining GetUpside, she recruited, hired, trained and led teams of hundreds of people across offices and continents at companies like Two Sigma, Starry and Google.

Newbould has spent 32 years in the petroleum and convenience industry, most recently as senior vice president of Retail Marketing, Warehousing, and Retail Services at TravelCenters of America.

Other notable changes to the organizational structure are:

Parker's founder and CEO Greg Parker was recognized as a Legacy Leader in the September 2020 issue of Georgia Trend magazine. To celebrate the magazine's 35th anniversary, the magazine spotlighted 15 business leaders across the state who have made a long-term impact on their communities and on the state as a whole.

In recognizing Parker, the magazine said the Parker's brand is "synonymous with clean, friendly, profitable and philanthropic." The article also highlighted Parker's $5-million gift to Georgia Southern University as well as the company's $1-million endowment to the emergency and trauma center at Memorial University Hospital and ongoing Fueling the Community donations to support schools in Georgia and South Carolina.

In this new role, Kanioura will lead PepsiCo's end-to-end strategy to win both as a total company and in key markets, including the company's digitalization and data strategy. She will also lead company-wide transformation — ensuring that PepsiCo's scale is leveraged as the company focuses on accelerating growth and identifying areas of cost efficiency and optimization.

Prior to joining PepsiCo, Kanioura was the chief analytics officer and global head of Applied Intelligence at Accenture, where she specialized in applying AI and analytics to drive business value. She specializes in transforming businesses with emphasis on data and technology, and brings many years of practical experience globally in industries such as telecommunications, oil and gas, financial services, and consumer packaged goods, having worked with companies such as P&G, Unilever, Philip Morris, Vodafone and BP.

Raju Malhotra, Punchh's new chief product and technology officer, brings more than 20 years of experience. He most recently served as senior vice president and general manager of Marketing Cloud at Salesforce. Previously, he served as chief product and technology officer at Vista Equity Partners-owned company, Khoros, and worked at Microsoft for 12 years in roles of increasing responsibility ultimately culminating in his position as director of Microsoft Online.

In addition, Anish Mehta joins Punchh as chief financial officer (CFO). He is responsible for the finance, professional services, human resources, IT and operations functions. He previously served as CFO at Clover, and in finance and operations roles at First Data, CBRE & Credit Suisse.

Gary Dake, president of Stewart's Shops, was inducted into the Tech Valley Business Hall of Fame on Sept. 23. Junior Achievement, in partnership with the Center for Economic Growth, honors individuals for their innovation in business and community involvement.

Individuals are chosen because they have made outstanding contributions to free enterprise and have set new standards for future business leaders while serving as role models for young people. Their accomplishments demonstrate business excellence, courageous thinking and actions, vision and innovation, and community mindedness. 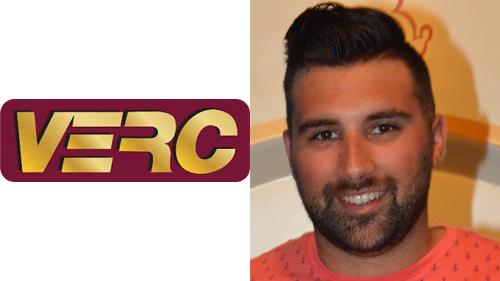 VERC Enterprises promoted Nick Vercollone to director of Car Wash Operations. In his new role, Vercollone will oversee the operations of the company's eight car washes. This includes supervising the individual managers at each location as well as overseeing the maintenance, and how the car washes connect with the communities they serve.

Vercollone has been with VERC Enterprises for three years although he admits that he has unofficially been a part of the family-owned business for much longer, spending time at the car washes as a child.

VERC Enterprises also promoted Courtney Buckley to director of Talent Management. In this role, she will be responsible for ensuring the company's priority is on growing and maintaining a culture of employee engagement, development, satisfaction and retention.