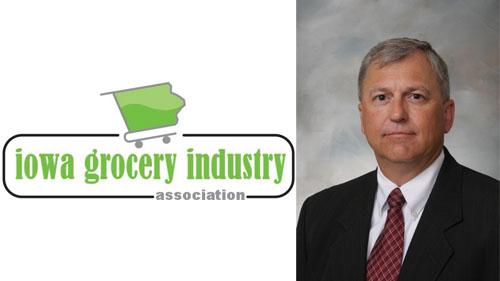 In his new role, Palmieri, is responsible for all aspects of marketing and consumer connection in the United States across the division's portfolio of brands, which includes Campbell's, Chunky, Well Yes!, Slow Kettle, Swanson, V8, Plum, Pace and Prego.

Palmieri joins Campbell from SC Johnson, where he spent more than two decades in various business roles and nearly half his career in marketing. He was most recently general manager of the company's Greater China business.

Cyhan joined Catalina in May 2017 as head of marketing, a new position. Her prior experience includes vice president, marketing at Kellogg Co., senior marketing advisor to Avon's president of North America, and most recently, chief marketing officer and executive vice president/strategy and entertainment partnerships at MAC Presents.

Oswalt's most recent position at Mondelēz International was president of North America Confections. In that role, she led a $1.5-billion portfolio of brands that included Trident, Sour Patch Kids, Swedish Fish, Oreo Chocolate Candy and Halls.

Prior to joining Executive Leadership Solutions five years ago, George Benson spent much of the past 20 years working in the convenience store, retail and wholesale fuels, motor oils and additive sectors. His corporate strategic sales and marketing expertise includes 12 years in district management, executive management, and jobber franchising and real estate development positions with BP Oil & Valero/Ultramar and as a key vendor to Chevron.

Kitchens served for 10 years with the U. S. Air Force. After separating from the military, his professional career has encompassed management and project management positions within the retail and automotive industries as well as contract administration and management while serving with the federal government in support of the General Services Administration.

Global Partners LP appointed John T. Hailer to the board of directors of its general partner, Global GP LLC. Hailer is president of the 1251 Asset Management division of 1251 Capital Group, a Boston-based financial services company that owns a concentrated group of companies in the asset management and insurance sectors. Prior to joining 1251 Capital Group, he spent more than 18 years at Natixis.

The Iowa Grocery Industry Association (IGIA) appointed Dana Sump, senior category manager, Casey's General Stores Inc., chairman of the board of directors. He replaces Karl Kruse, executive vice president of supply chain for Hy-Vee Inc., who has served on the board for the past eight years.

"We are excited to have Dana Sump as the IGIA board chairman in the coming year," said IGIA President Michelle Hurd. "Dana brings a wealth of knowledge and experience to IGIA's board. I would also like to thank Karl Kruse for his contribution to the success of our Association and his leadership during this past year as chairman of the board. It was a year of significant growth and initiatives."

Sump has served on the IGIA board since 2012, moving through the ranks of treasurer, second vice chairman and first vice chairman. He has played a key role in the association serving on the IGIA scholarship golf, executive, membership and investment committees.

At Casey's, Sump manages the packaged beverages for all stores. He also serves in a supervisory role for the company's retail category management team, overseeing day-to-day activities of several other retail categories.

Bahnsen previously worked at Wells Fargo as a community affairs consultant. Prior to Wells Fargo, she spent 13 years at the Des Moines Arts Center in a variety of roles, including development director.

In 2008, he assumed responsibilities as director, crude supply and logistics and in 2010, was named senior vice president, marketing.

The Renewable Fuels Association (RFA) will see a change in leadership in October. Executive Vice President Geoff Cooper will assume the position of president and CEO, while current President and CEO Bob Dinneen will transition into the role of RFA's senior strategic advisor.

Dinneen has been with RFA for more than 30 years, including serving as the organization's president and CEO since 2001. During his tenure, Dinneen led the industry and achieved a number of landmark legislative and regulatory victories for ethanol, including passage of the original Renewable Fuel Standard (RFS) in 2005 and significant expansion and extension of the RFS program in 2007.

Cooper joined RFA in 2008 as the organization's director of research and analysis and had ascended to executive vice president by 2016. He previously worked on ethanol issues for the National Corn Growers Association and served as a captain in the U.S. Army, specializing in bulk petroleum product logistics.

Michael Johnson joined TLM Technologies Inc. as vice president of North America. With more than 25 years of experience, Johnson will head up U.S. sales and operations for the c-store technology provider.

Paul Galant is stepping down as CEO effective at the close of the previously announced transaction with Francisco Partners. At the transaction close, which is expected to occur during the third calendar quarter, Michael Pulli, formerly CEO of Pace plc until its acquisition by ARRIS Group Inc., will succeed Galant as CEO.

Galant will continue to serve on Verifone's board and support Verifone as vice chairman. He will also become senior advisor to Francisco Partners on payments industry strategy and opportunities.