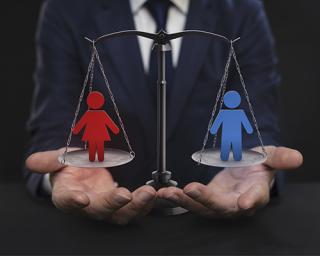 ORLANDO, Fla. — PepsiCo Beverages North America (PBNA) is launching a returnship program in its South Division to help female professionals return to the workforce after taking time off to be caretakers during the pandemic.

The program is being run through a partnership with Path Forward, a nonprofit organization whose mission is to empower people to restart their careers after time spent focused on caregiving.

The returnship program will offer 16-week internships to professionals who have taken at least two years off for caregiving and have a minimum of five years of work experience. Roles across planning and logistics, sales operations, manufacturing, retail sales and foodservice sales are available under the program. Applicants are encouraged to apply by April 29 at PepsiCo Careers.

"We've seen success across our early, mid and executive hiring programs in the South and the Path Forward program was a natural next step to explore an untapped, yet highly experienced talent pool given the impact of the pandemic on women who were forced to make a choice between career and caregiving,” said Heather Hoytink, president of the PBNA South Division.

“Our goal is to provide rewarding job opportunities for caregivers looking to return to work, setting them on the path to success with the right tools, competitive pay, and more,” Hoytink added.

Under the returnship program, participants will receive:

Upon completion of the program, successful interns may be offered full-time jobs in Orlando, Atlanta, Tampa and Louisville, with a chance to expand to other offices in the future, according to PBNA.

Since its founding in 2016, Path Forward has worked with more than 100 companies on returnship programs. Roughly 80 percent of the participants in these programs have been hired by the companies where they completed their returnships, according to the nonprofit.

“These returnships are more than just a job for candidates — they create a life-changing path for caregivers, especially women who have been disproportionately impacted by the pandemic, to rejoin the paid workforce, while also providing a great economic boost to the region," said Tami Forman, executive director of Path Forward.

Along with achieving gender parity, the company is also committed to addressing racial equality in the workplace. In March, PepsiCo announced the creation of a new North American organization dedicated to accelerating efforts both inside and outside the company to address inequalities for historically excluded people and underserved businesses and communities. The company labeled this a critical next step in its Racial Equality Journey and a key pillar of its PepsiCo Positive (pep+) strategic end-to-end transformation that focuses on sustainability and inspiring positive change for planet and people.

Headquartered in Purchase, N.Y., PepsiCo generated more than $79 billion in net revenue in 2021 through its beverage and convenient foods portfolio that includes brands such as Lay's, Doritos, Cheetos, Gatorade, Pepsi-Cola, Mountain Dew and Quaker.