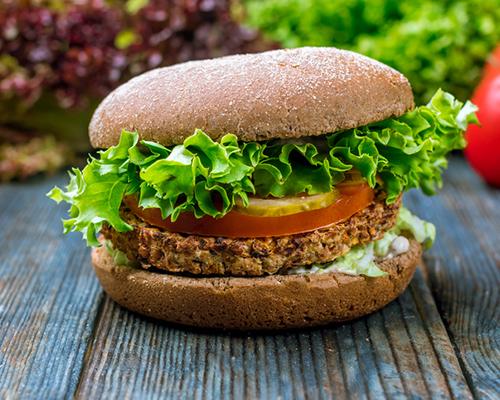 Beef burgers are still by far the most popular burger at QSRs, with 6.4 million beef burgers ordered during the year ending May 2019. While growth is flat compared to a year ago, beef burgers are also the top sandwich ordered at U.S. restaurants, according to NPD's CREST service.

The increased availability at major QSR chains is the primary reason for strong year-over-year growth of plant-based burgers.

This increased availability has prompted trial on the part of beef burger buyers, NPD's receipt-harvesting service Checkout found. These consumers purchased beef burgers at QSRs an average of 18 times during the year ending April 2019 and purchased plant-based burgers an average of two times during that period. In other words, 95 percent of plant-based buyers have also made a beef burger purchase within the past year.

Vegetarians and vegans are contributing to the growth of plant-based burgers, but they still remain a small, single-digit percentage of the U.S. population and are not the primary contributors. Eighteen percent of the overall adult population are trying to increase the amount of plant-based foods in their diets, according to NPD's Health Aspirations and Behavioral Tracker. This is due to consumers' wish for more protein in their diets (desired by 60 percent of U.S. adults); concerns for animal welfare and how meat products are brought to market; sustainability; and what consumers perceive to be healthier nutrition.

"Plant-based burgers allow consumers to substitute without sacrifice. They get the 'burger' experience while assuaging their need for more protein and social concerns," said Darren Seifer, NPD food and beverage industry analyst. "With that said, U.S. consumers have not given up on beef burgers but are willing to mix things up every now and then."