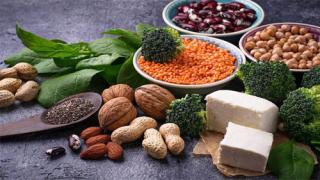 In-home consumption of plant-based proteins has grown by 24 percent since 2015.

CHICAGO — Plant-based proteins aren’t just for vegans and vegetarians anymore as a growing number of consumers seek more protein in their diets and plant-based foods become more available and tastier, according a new survey from The NPD Group.

The global information company found a 19-percent increase in cases shipped of plant-based proteins from broadline foodservice distributors to independent (one to two units) and micro-chain (three to 19 units) restaurant operators in the year ending March 2018 vs. one year ago. In-home consumption trends are also growing, with a 24-percent increase since 2015.

More findings of the recent NPD survey include:

The census divisions that have seen the strongest growth in case shipments of plant-based proteins to foodservice operators are the Mountain/Pacific Census Division (Arizona, California, etc.) and the South Atlantic (Florida, North and South Carolina, etc.).

"It’s clear by the growth of plant-based proteins that this category has mainstreamed beyond those consumers who choose a meatless diet," said David Portalatin, industry advisor for NPD’s food sector. "Food manufacturers and operators have improved the quality and taste of plant-based foods over the past several years and these foods are appealing to a variety of consumer segments for a variety of reasons."