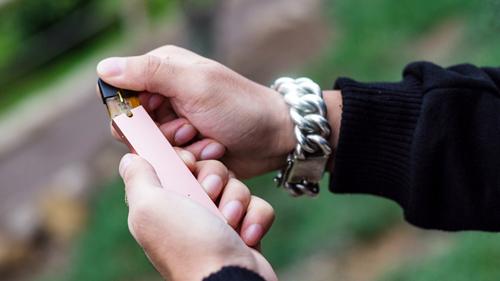 WASHIGNTON. D.C. — A new federal bill, which has support from both sides of the political aisle, proposes that electronic cigarette and vapor manufacturers pay user fees to the Food and Drug Administration (FDA).

Under The Resources to Prevent Youth Vaping Act, the money would help fund the FDA's oversight of the vapor industry and increase awareness around the products, according to U.S. Sen. Jeanne Shaheen (D-N.H.).

Companion legislation will be introduced in the U.S. House of Representatives by Reps. Cheri Bustos (D-Ill.) and Brian Fitzpatrick (R-Pa.).

"New Hampshire is acutely experiencing the youth vaping crisis — and has one of the nation’s highest rates of e-cigarette use among high school students. It’s outrageous that e-cigarette manufacturers are directly marketing their harmful products to young people with no consequences," Shaheen said. "That's why I'm leading bipartisan legislation to respond to this crisis by holding these companies accountable and closing a loophole that allowed them to avoid paying fees to the FDA to help fund the agency’s crackdown on youth vaping."

To read the full text of The Resources to Prevent Youth Vaping Act, click here.