With a degree from architecture from Clemson University and a business degree from the University of South Carolina, Milam went on to do a stint at an architectural firm and decided it wasn’t quite for him, recognizing his true interest was in real estate. In the late 1990s, he joined RaceTrac handling real estate transactions for new stores, reported Dekalb Chronicle.

Among the things Milam reflected on during the address was the somewhat distant relationship RaceTrac used to have with its home market, which began decades ago when QuikTrip Corp. arrived in Atlanta. The competition eventually led RaceTrac officials to sell most of their stores and leave the market, he recalled.

"In 1999, we said, 'You know what, we're getting our tails kicked here in Georgia,' so we ended up selling off a majority of our stores here in Atlanta. That was tough and it left kind of a bad taste in our mouth," according to the president.

RaceTrac began investing elsewhere, in southern Louisiana and other parts of Georgia. However, the company did eventually come back to Atlanta and today it's the company’s hometown. Its other prime markets include Texas and Florida.

"There was sort of an unspoken thing of 'stay away from Atlanta' until about five or six years ago," Milam said. "We said, 'You know what? This is our town. We know the area. We know the schools. We work with a lot of the people in this community. This is important to us.'"

To ramp up its Atlanta operations, in 2012 RaceTrac began building new stores and opened its new prototype in Georgia — a "6,000-square-foot beast of a store," according to Milam.

Touching upon the company's recent growth, Milam stated that over the past six years, RaceTrac has opened nearly 200 new stores. He also said the company has put more of an emphasis on its people. According to Milam, just a few years ago, the average store manager lasted only 36 days. Today, the average length of stay is more than five years.

"We decided our people are going to be our competitive edge," he commented.

In regards to RaceTrac's future, Milam expects the company will have a big focus on food. 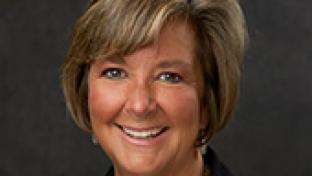