Billy Milam joined the Atlanta-based convenience store retailer 18 years ago after earning his MBA at the University of South Carolina. At the time, he was looking for a real estate-related position and RaceTrac was one of a few companies that "wanted someone with zero real estate experience," Milam told CSNews Online.

He was attracted to the Atlanta market, and the retail chain had pretty aggressive growth plans in place that would give him broad exposure to a wide geography — the entire Southeast and Southwest. Milam was also drawn to the different types of real estate deals he would be involved in through RaceTrac as a real estate analyst, he explained.

"I wasn't looking for anything long term, necessarily. This was 18 years ago and RaceTrac was willing to give me the opportunity," he said.

Milam began as a real estate analyst focused primarily on the company's presence in the Florida market. Over the next several years, he had the opportunity to assist in developing new RaceTrac and RaceWay locations in all of the retailer's major markets.

He was promoted to vice president of real estate in March 2002, and in the following years was granted additional responsibilities that included engineering, design, maintenance and construction. In 2009, Milam was promoted to senior vice president of store development, as well as given leadership responsibility of the company's RaceWay Division. Then in 2013, he became chief operating officer over all of the company.

Two years ago, there was also a transition at the top. Then-Chairman and CEO Carl Bolch decided to continue as chairman but hand off the role of CEO to his daughter Allison Moran. At that time, Milam added the RaceTrac Division to his list of growing responsibilities.

His elevation to president seven days ago, when former President Max Lenker retired, did not come as a surprise. According to Milam, both Bolch and Lenker had put together a detailed succession plan several years prior.

For approximately 12 of his 18 years at the company, Lenker had been Milam's direct supervisor and the two developed a close relationship. "He has always been a very good friend of mine. He has always done a really good job of letting me know what his role and responsibilities entailed, and bringing me along with it," Milam told CSNews Online. "That's been in place for quite some time."

Milam does not come to the president role with any new initiatives on the drawing board. Instead, he wants to continue executing the strategy RaceTrac has put into place within the past few years.

"It's been a good strategy that we obviously like and we have quite a bit of traction on it," he said. "We are very proud of what we have accomplished over the past several years."

He knows he has some big shoes to fill as he continues executing that strategy.

"For anybody who knows Max Lenker, he is a huge personality, he is a tremendous leader, he is a great friend and an incredible mentor," Milam noted. "Formally he took me under his wing about three or four years ago, but informally it probably goes back to not long after I started with the company. For whatever reason, Max took an interest in me, and a friendship and a mentorship grew from there.

"He is somebody I have looked up to for quite some time," he continued. "He has been a great leader and friend, not only for me but for many others at RaceTrac."

While Milam may not have been looking for anything long term at RaceTrac, what he did find was his passion.

"I had zero idea or indication that I would be passionate about the convenience store industry, but I am," Milam said. "It's about whatever your passion is and sometimes you find it where you least expect it."

After a very short time at RaceTrac, he found it was an incredible industry — the people, the camaraderie and fraternal relationships within the industry, and just the business and the industry itself, he said.

He also feels very fortunate to have found a home within the RaceTrac culture.

"I am thrilled and excited to be a part of the RaceTrac leadership team. Fortunately I have been given opportunities over the years that have put me in this role and this position to be as successful as I think I can be," Milam said. "We've got such a strong team. It's not about Billy and it's not about Allison, or about Carl and Max. We’ve got such a strong leadership team and depth of leadership. I feel very confident, and if all I do is support those leaders that we have, then RaceTrac will be in incredible shape for years to come." 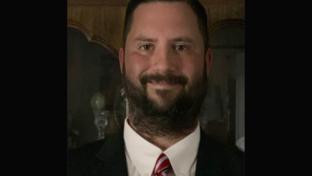