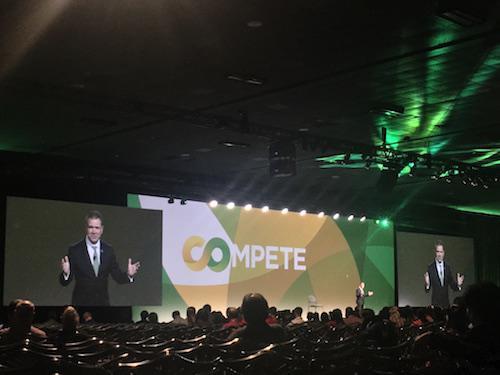 Frank Gleeson's one-year tenure as NACS chairman kicked off in October at the 2018 NACS Show in Las Vegas.

ALEXANDRIA, Va. — When outgoing NACS Chairman Joe Sheetz, president and CEO of Sheetz Inc., passed the baton to incoming Chairman Frank Gleeson at the 2018 NACS Show in Las Vegas this past October, he had one key piece of advice: Be yourself.

Those are fitting words of wisdom for someone of Gleeson's stature: a 30-year industry veteran whose global perspective and unique background in various retail endeavors will prove to be invaluable during his tenure as the first-ever Europe-based chairman in the convenience and fuel retailing association's 57-year history.

"It's an honor as someone from outside of the U.S. to be heading up such a large organization that is central to the U.S. convenience market," Gleeson, president of Aramark Corp. Northern Europe, told Convenience Store News. "Representing an American organization is helpful when thinking about creating a truly global organization, which NACS is, and making sure everyone has access to the knowledge, the connections and the advocacy that NACS gives."

NACS chairman appears to be a natural role of progression for Gleeson, whose experience in the convenience and fuel retailing industry dates back to 30 years ago when he began working at his family's general goods store.

Not long after, Gleeson found himself working for Xtra-Vision, originally Ireland's largest chain of DVD/Blu-ray rental stores and an entertainment retailing company, which was later sold to the now-obsolete Blockbuster LLC.

The move into this business model proved to be a "very interesting time" for Gleeson, giving him the opportunity to dip into international retail as the service expanded from 15 locations to 300, some of which were in the United States and United Kingdom.

"We were convenience of a different type," he remarked.

After seven years at Xtra-Vision, Gleeson made his entrance into the convenience and fuel retailing scene by joining Statoil, now known as Equinor, a major crude oil seller and the second-largest supplier of natural gas to the European market.

At the time, Statoil had just entered the Irish market after buying the assets of BP as part of a strategy to invest in convenience retailing. When Gleeson was brought on, he was among the team responsible for building the first generation of American-style convenience stores in four areas of the Emerald Isle.

He was also charged with running operations as an area manager and overseeing 15 locations, as well as maintaining responsibility for new-builds and gas stations with convenience stores offering food-to-go and coffee.

His time at Statoil ended (temporarily) after five years when his journey in retail brought him to a new venture: running a family-owned liquor store chain called O'Briens. The company had 15 locations in the greater Dublin area, but was looking to expand and needed someone to run the growing business for them, according to Gleeson.

"I brought in expertise around staff training, category management and best practices better than a larger retail group would have," he recalled. "Over the period of time, we grew from 15 stores to 30 stores."

During Gleeson's four-year absence from Statoil, the company quadrupled its network from 15 stores to 60. That's when Gleeson received a call from the convenience store and fuel operator, asking him to come back and run the entire retail business.

Gleeson heeded the call, leaving O'Briens to begin his second stint at Statoil. Being named retail director, he was responsible for the growing chain — which reached more than 150 sites during his tenure. Some of these locations were company-operated and others were dealer-operated. He also oversaw an additional franchisee/jobber business.

He maintained this role for five years. It was during this second go with Statoil that Gleeson became involved with NACS, the Association for Convenience & Fuel Retailing. Part of his arrangement with Statoil when accepting his new role was that he would be able to educate himself further on retail best practices around the world.

He attended the NACS Executive Leadership Program at Cornell University and began to build out a NACS-based network by meeting executives and retailers at events like the NACS Show, including NACS President and CEO Hank Armour. In the subsequent years, Gleeson attended NACS events on a frequent basis.

Gleeson and his constituents also embarked on a "study trip" across the U.S., looking at best-in-class convenience experiences, like those at Wawa Inc. and Sheetz Inc.

"One thing you find about attending the NACS events is that it tends to help you with your business, so you bring back ideas to help you make your business better. We started seeing tremendous benefits being a part of the NACS Show — not just for best practices, but also in connecting with NACS retailers and suppliers who help move the industry forward," he explained.

Simultaneously, Statoil was looking to sell its Irish business. In 2007, Gleeson was part of a team responsible for selling the business to what was then Topaz Energy Group Ltd., the largest importer and distributor of transport fuel in Ireland. At the time, Topaz traded under the Statoil and Shell brands until 2008 when the Topaz brand replaced both across Ireland.

When the cross-over occurred, Gleeson oversaw development of the Topaz brand in Ireland. He teamed up with Joe Bona, president of New York-based Bona Design Lab LLC, and local teams to rebrand 350 sites over a one-year period. Topaz would later be bought by Laval, Quebec-based Alimentation Couche-Tard Inc. in 2016.

Fast forward to 2013 and the winds of change were once again calling Gleeson. This time around, the call was from Aramark, offering him the role of managing director of food services, Ireland.

"It was time for a change, so that was another career change that brought me back to doing what I was doing maybe 20 years before that," the NACS chairman recounted.

After 18 months, Aramark's U.K. and Ireland channels came together under one umbrella, and the company named Gleeson chief operating officer of its Northern Europe group. In October 2017, he became president of that entity.

Gleeson's current work at Aramark includes the concept of "foodvenience" — providing high-quality food to customers wherever they are. Aramark recently launched a 10-year-partnership with British celebrity chef Jamie Oliver, who has made eliminating childhood obesity a focus of his work.

Today, foodservice is at the helm of what drives most convenience store businesses, both small and large, according to Gleeson.

"Foodservice is a huge trend that will continue, so my advice to anybody thinking about improving their business is think beyond your old gas station/c-store categories and think about foodservice as a really important category going forward," he advises.

Frank Gleeson hopes to bring an international agenda to the association's audience of peers. 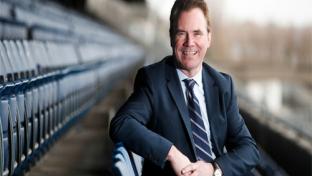 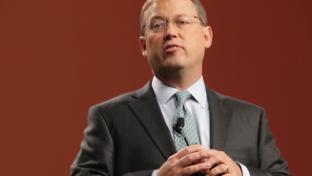 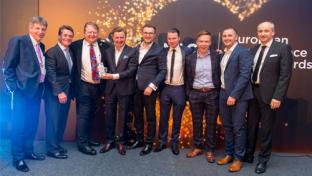 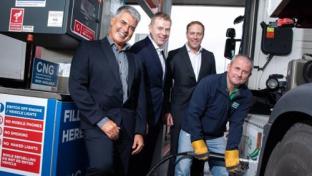 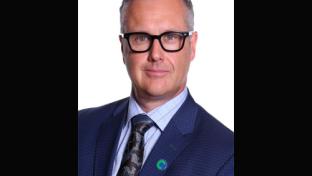