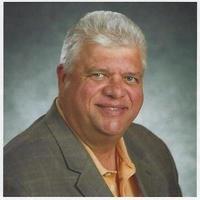 Zielinski was born to parents Eugene and Rita Zielinski in Hammond, Ind. He graduated from Thornton Fractional South High School and majored in business/marketing at the University of Illinois at Urbana-Champaign.

After starting out as a manager at the family business, Custom Enterprises, he began running multiple convenience stores and gas stations. In 1995, he co-founded the RBG merchandising and marketing organization.

As president and CEO of RBG, Zielinski led the company to significant growth. In 2008, Crain's Chicago ranked it as the sixth fastest growing company, and it reached No. 46 on the Inc. 5000 list in 2009.

Zielinski held numerous industry roles during his career, including Shell dealer council president and NACS supplier board member. He was also involved in consulting and business management pursuits, including UniteMeNow LLC and the Hukilau Tiki Event.

Known for his love of music, Zielinski played the accordion from childhood and participated in his high school marching and concert bands and in the University of Illinois drumline. As an adult, he played in the South Holland Municipal Band, was a regular guest percussionist for performances of Handel’s Messiah and spent time as a volunteer percussion instructor at Memorial Jr. High School and Thornton Fractional South High School, according to his obituary. He was also an avid Chicago sports fan and frequent traveler across the world.

Zielinski is survived by his wife Mary Beth; their children Angela Zielinski Kinney, Andrew Zielinski and his wife Amanda; brothers John, Joseph and David, and sister Jeanie; and his parents.

Funeral services will be held Nov. 27 at Schroeder-Lauer Funeral Home in Lansing, Ill.