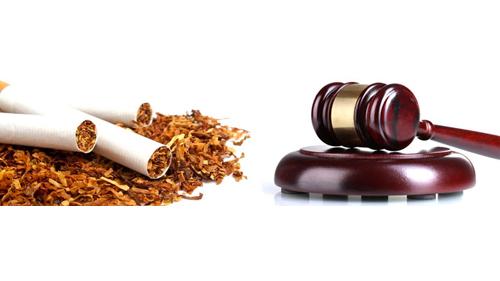 WASHINGTON, D.C. — The Tobacco-Free Youth Act to raise the nationwide minimum age to buy tobacco products to 21 has landed in Congress.

McConnell and Kaine, who represent two states with a long history in the tobacco industry, said they have seen the negative effects of youth tobacco use and have heard compelling public health stories from concerned constituents throughout their states, according to a release from the legislators.

Citing statistics from the Centers for Disease Control and Prevention (CDC), from 2017 to 2018, the legislators noted youth electronic cigarette users increased by 1.5 million, with more than one in four high school students having reported using a tobacco product in the past 30 days.

The Tobacco-Free Youth Act would make it illegal for retailers to sell tobacco products to anyone younger than 21 and that states may enact laws with higher minimums if they choose.

"In recognition of tobacco's history in our states and aware of the threat that all tobacco products pose now and for future generations, we introduced legislation to raise the national age of purchase to 21," McConnell said. "We've heard from countless parents who have seen the youth vaping crisis firsthand, and together, Sen. Kaine and I are addressing this public health crisis head-on."

He added he looks forward to working with senators on both sides of the aisle to pass this bill.

"Today, we are coming together to side with young people's health. With this bipartisan legislation, Sen. McConnell and I are working to address one of the most significant public health issues facing our nation today," Kaine said. "Raising the tobacco age to 21 is a critical part of our efforts to improve public health and keep tobacco products out of schools and away from our children."