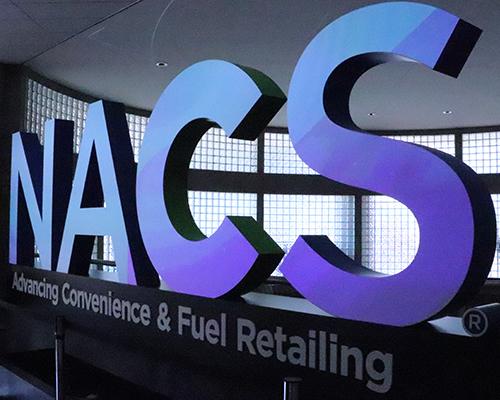 ATLANTA — More than 23,500 individuals from 69 countries attended the 2019 NACS Show in Atlanta, which delivered four days of learning, insights, networking, and exploring what’s new and exciting for the global convenience and fuel retailing industry.

As always, one of the highlights of NACS Show 2019 was the expo floor, which this year spanned 425,000-plus net square feet and featured more than 1,200 exhibitors, from startups to big brands. The expo floor also included the New Exhibitor Area, 20,000 square feet of dedicated expo space spotlighting more than 200 companies brand-new to the show; and an all-new CBD Pavilion, a partitioned section of the expo that showcased hemp-derived CBD products from 50 industry suppliers.

The Convenience Store News editorial staff was out in force meeting with suppliers and checking out all the expo floor happenings. Here’s our rundown of the top beverage takeaways:

Changing With the Times

Responding to the changing preferences and needs of today’s consumers, The Coca-Cola Co. unveiled 20-plus new beverages, spanning a variety of segments, at the show.

At its booth, Coca-Cola also showcased its new beverage segmentation capability. C-stores serve a fragmenting shopper base that demands an expanding variety of beverage options, so there’s a need to customize the beverages that each store offers and merchandize those products to specific shopper groups. Coca-Cola’s beverage segmentation capability is designed to help c-stores satisfy this demand and, ultimately, drive shopper conversion and sales.

Sparkling Ice, a Talking Rain Beverage Co., told CSNews that consumers are also looking for a healthy alternative to energy drinks. The company unveiled a new line under its Talking Rain brand: TRE (Talking Rain Elevate), a naturally flavored water with caffeine, electrolytes, zero sugar, and functional ingredients designed to enhance everyday performance. It will be available in three varieties — Mango Fusion, Power Punch and Triple Berry — when it launches in the Denver, Arizona, Seattle/Portland and Los Angeles markets in the first quarter of 2020.

On the alcoholic beverage side of the cold vault, MillerCoors highlighted its category centric approach at the show. This strategy shift, which began a few years ago, puts the focus on the overall beer category and shows retailers the role the company's brands can play in the space.

The path-to-purchase story, according to MillerCoors, consists of four chapters: