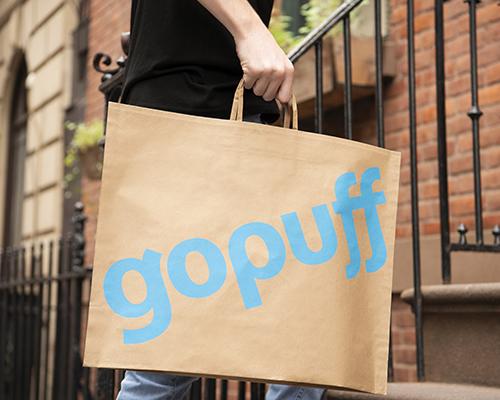 Other key trends from Gopuff's customer base as a whole include:

On the candy front, King Size Reese’s Peanut Butter Cups was one of the most popular products of 2021, with consumers eating more than 1.7 million cups.

Dog Was Co-Pilot — In addition to tons of treats, Gopuff delivered more than 1.4 million pounds of pet food. The customer who purchased the most pet products placed more than 200 orders, including 400-plus bully sticks for dogs and multiple Ben & Jerry’s Doggie Desserts.

Seltzers Reigned Supreme — Customers made White Claw and Truly the No. 1 and No. 2 most popular alcohol brands, respectively. Gopuff delivered enough of these spiked seltzers to fill an Olympic-size swimming pool.

Coffee Continued to Be Life — Customers stayed caffeinated by ordering more than 4.5 million cups of coffee, enough to caffeinate the population of San Francisco more than five times over.

A Lot of Diapers Were Changed — Gopuff delivered more than 2.5 million diapers. The Gopuff customer who purchased the most baby product placed more than 110 orders, including more than 1,500 Pampers diapers and nearly 13,000 baby wipes.

It Came, It 'Za, It Conquered — The company launched Gopuff Kitchen and baked a great deal of hot, fresh pizza, enough to throw the cities of Boston or Seattle a pizza party and have leftovers the next day. Since Gopuff Kitchen's debut in July, it has seen a 72-percent increase in demand for its pizza.

No One Could Resist a Good Throwback — Slim Jims, first introduced in 1969, were still one of the most popular products in 2021, more than half a century later. If all the Slim Jims sold by Gopuff were tied together, they would reach from Philadelphia to New York City and back again.

Gopuff also listed some of its top brands and products based on year-to-date order volume:

Philadelphia-based Gopuff operates in more than 1,000 cities and carries more than 4,000 items in North America and the United Kingdom.