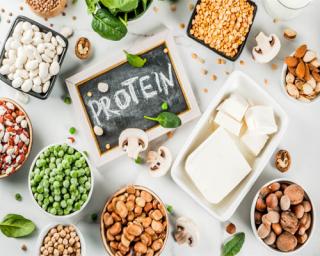 Do you have a “green” merchandising thumb?

If not, here are some reasons why you should start cultivating one:

Growing consumer interest in health, sustainability and ethics is propelling plant-derived ingredients and products into high popularity, according to Innova Market Insights. Gravitation toward plant-based diets in general, along with interest in vegan, vegetarian and flexitarian lifestyles and concerns over animal welfare, are contributing factors.

“Vegetarians and vegans together account for less than 15 percent of all consumers and their numbers do not grow very rapidly, but a growing number of consumers identify themselves as flexitarian and lessitarian, meaning they’ve cut back on their consumption of animal-based foods and beverages,” said David Sprinkle, research director for Packaged Facts. “It is this group that is most responsible for the significant and ongoing shift from dairy milk to plant-based milk.”

There’s Much to Milk

In recent years, the plant-based dairy beverage alternatives category has expanded beyond nut- and legume-based milk alternatives like soy, rice, coconut and almond. The category now includes options made from cashews, hazelnuts, macadamia nuts, peanuts, pecans and tiger nuts. Additionally, there are non-dairy milks being offered that are sourced from bananas, cassava, oats, potatoes and more.

And the innovation is far from over. Looking ahead, Packaged Facts expects several other new and novel non-dairy milks to find a wider audience, including barley milk, flax milk, hemp milk, pea milk and quinoa milk.

Convenience Is Playing a Role

In-home consumption of plant-based proteins has grown by 24 percent since 2015, according to NPD. The heaviest users of plant-based foods are more convenience-oriented than others, the global information company found.

Other attributes of the heaviest users include:

Gone From Niche to Mainstream

“The plant-based foods industry has gone from being a relatively niche market to fully mainstream,” said Michele Simon, executive director of the Plant Based Foods Association (PBFA), which represents plant-based food companies.

“The new data confirms what we are hearing and seeing every day from our members: sales are up, investment is increasing and new jobs are being created in the plant-based foods industry,” said Simon.

Download our full report, “Planting the Seed,” by clicking below