The convenience store retailer's employees, referred to as "partners," are receiving their profit sharing statements, which show more than 20-percent growth on their existing accounts.

This success can be attributed to the Stewart's customer service, its broad foodservice program, the value of not being significantly impacted by Amazon, and changes in the federal corporate tax law, the company stated.

The 20-percent growth is in addition to the $11-million company contribution to the ESOP, which equals about 15 percent of the partners' 2017 gross pay.

Partners own nearly 40 percent of the company through the ESOP, which is 100 percent funded by the company for anyone working at least 1,000 hours a year. After six years in the plan, partner's balance is usually greater than a year's pay.

According to Stewart's, there are nearly 1,000 partners with a balance of more than $100,000 and 67 partners with a balance of more than $1 million. Nearly a third of those 67 partners started out as hourly employees, and more than a third are still actively working vs. retired. This is possible because of Stewart's stability, enabling years of double-digit percent of pay contributions, plus double-digit appreciation of balances each year, the company noted.

"We are very pleased to make this investment in our partners and have an average of six ESOP members per shop. They give a shop it's special 'flavor,' and build a relationship with our customers to help make their lives easier," said Stewart's Shops President Gary Dake. "We are doing this when so many other retailers are trying to automate their employees out of contact with their customers by replacing them with electronic ordering, self check-out, etc."

Stewart's ESOP participants also receive paid maternity leave, half-priced YMCA fitness and day care memberships, as well as "Make Your Own" scholarships which provides $300,000 per year of scholarships to its partners' dependents.

The c-store retailer also contributes $7.5 million each year to charities that primarily serve customers in the communities in which Stewart's are located. 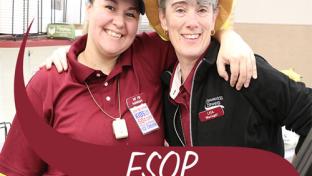 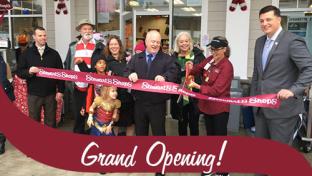