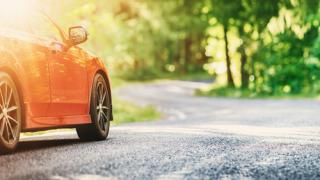 NATIONAL REPORT — During the summer driving season — defined as April through September — the average price for a gallon of gasoline is expected to be $3.84, the highest price seen since 2014 when adjusting for inflation, according to the U.S. Energy Information Administration's (EIA) "Summer Fuels Outlook." In 2021, summer fuel prices averaged $3.06 per gallon.

"We expect U.S. economic activity to increase through the summer, resulting in more demand for petroleum fuels. Greater demand will contribute to higher crude oil prices. We expect Brent crude oil will average $106 per barrel this summer, which would be $35 per barrel higher than last summer," wrote the EIA.

The organization did note, however, that its forecast could change. Increased volatility of crude oil prices, which account for around 60 percent of total retail gasoline prices depending on several factors, remain highly uncertain. Notably, the EIA's outlook takes into account all sanctions on Russia announced as of April 7, but the range of possible outcomes for resulting oil production in Russia is wide.

Although motorists are unlikely to enjoy the highest gas prices they have seen in eight years adjusted for inflation, the EIA did report some good news.

Zeroing in on today, as more areas in the United States see pump prices fall below $4 a gallon, demand is ticking back up. Domestically, the national average for a gallon of gas fell to $4.08 on April 18, stated AAA.

"As the days get longer, the weather gets warmer, and pump prices dip from their record highs, consumers feel more confident about hitting the road," said Andrew Gross, AAA spokesperson. "But these lower pump prices could be temporary if the global price of oil increases due to constrained supply."