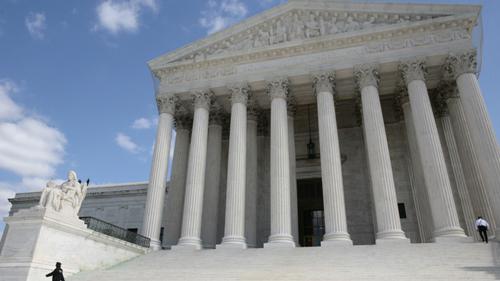 WASHINGTON, D.C. — The Food and Drug Administration's (FDA) regulation of electronic cigarettes and vapor products has withstood a legal challenge at the highest level.

On June 7, the U.S. Supreme Court said it would not hear the case of a Mississippi vape shop, Big Times Vapes Inc., and the United States Vaping Association, which called into question the FDA's regulatory authority over e-cigarettes and vapor products.

A federal district court and U.S. Court of Appeals for the Fifth Circuit previously ruled in the agency's favor. On appeal, the Big Times Vapes and the industry association sought to invoke the so-called non-delegation doctrine, a constitutional rule that says Congress must give clear guidance to an agency before handing off its legislative responsibilities, according to Bloomberg.

The Supreme Court has not invalidated a law as an unconstitutional delegation since 1935, it added.

Congress granted the FDA regulatory authority over tobacco products when it passed Family Smoking Prevention and Tobacco Control Act of 2009. The agency laid the foundation for regulating all tobacco products, not just cigarettes and smokeless tobacco, when it implemented its final deeming rule in 2016. That rule extended its authority to e-cigarettes, cigars, hookah tobacco and pipe tobacco, as Convenience Store News previously reported.

In their appeal, Big Time Vapes and the United States Vaping Association said Congress violated the Constitution by giving the FDA such an open-ended grant of authority.

The Biden administration urged the Supreme Court to reject the appeal. It said Congress made clear that the FDA should comprehensively regulate the tobacco industry to protect the public, particularly children, from nicotine dependence, health risks, and false or misleading advertising, the news outlet reported.