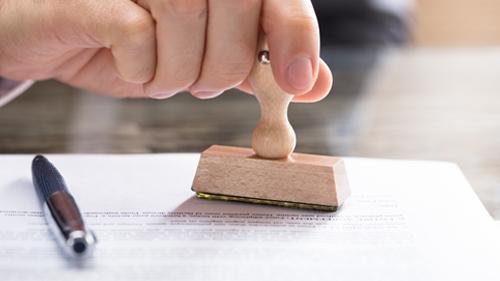 Sacramento — The state Senate shelved proposed legislation that would have prohibited the sale of flavored tobacco products in California. The bill was sponsored by State Sen. Jerry Hill (D-13th District). However, he withdraw the bill "following hostile amendments that carved out exceptions for tobacco used in hookahs and for tobacco products patented before 2000," he said in a statement on May 23.

The chair of the Senate Appropriations Committee announced the amendments to SB 38 before passing the bill on to the Senate Floor.

San Rafael — The City Council voted to ban the sale of flavored tobacco products on May 20; however, the change will not go into effect until January 2021. The council had considered two additional options: a prohibition on electronic cigarette retailers and a ban with an exemption for adult-only stores.

Denver — Lawmakers in the state Senate killed a move to refer a massive tax hike on tobacco and vaping-related products to the ballot. The May 2 decision came one day before the end of the 2019 Colorado General Assembly. Under House Bill 1333, voters would have decided on raising the state's cigarette excise tax from 84 cents to $2.59 per pack. Voters would have also had a say on establishing a 64-percent tax on  the wholesale price of vaping products.

Hartford — The state House of Representatives voted 124-22 to advance a increasing the legal minimum age to buy tobacco products from 18 to 21. The bill also prohibits smoking or vaping on school grounds, and doubles the annual fee for vaping business licenses from $400 to $800. It no longer includes a proposed ban on flavored cigarettes and vaping liquids. The legislation needs Senate action.

Dawsonville — On May 6, the City Council adopted an ordinance restricting where tobacco products can be used within the city limits. The measure went into effect on May 7.

According to the measure, smoking, vaping, and chewing tobacco products, alternative nicotine products, vape juice, vapor products and using non-traditional tobacco paraphernalia is prohibited in all city government buildings and on all city government properties. Tobacco use is also prohibited in or within 100 yards of any church building or property owned by a church, as well as in or within 200 yards of any school building, school grounds, college campus or property owned or leased to a public or private school.

Wheeling — Village Board members adopted a Tobacco 21 measure on May 20. A statewide law increasing the legal minimum age to buy tobacco products goes into effect in Illinois in July.

Baton Rouge — The Louisiana House of Representatives rejected a measure to raise the minimum legal age to buy tobacco from 18 to 21. The proposal drew 24 legislators in favor and 55 opposed.

Barnstable — The Barnstable Board of Health voted unanimously to limit sales of flavored products to adult-only businesses. The change goes into effect June 29.

Duluth — The city's Tobacco 21 ordinance went into effect on May 29. With the official change, Duluth joined 34 other counties and municipalities across the state to increase the legal minimum age to buy tobacco products to 21.

Austin — Legislation raising the legal minimum age to buy tobacco products across the state has reached Gov. Greg Abbott. The Texas Senate approved the legislation in mid-May, moving the Tobacco 21 measure to the governor's desk for his signature. If it is signed into law, the higher age will go into effect in September.