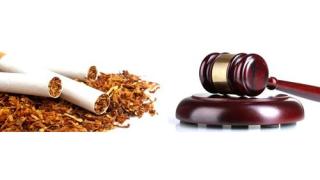 Dalton — Updated tobacco regulations, which include new restrictions and bans, will go into effect on Feb. 1. The Dalton Board of Health approved a slate of changes to the town's tobacco ordinance, including bans on flavored rolling papers and new tobacco permits within 500 feet of schools. Regulations on minimum cigar price points, $2.90 for singles and $5.80 for a package of two or more, are also part of the update, as is a one-day suspension for a first-offense tobacco sale to a minor.

White Plains — The Westchester County Board of Legislators passed a bill banning the retail sale and distribution of all flavored tobacco products, including menthol, mint and wintergreen. Effective six months after enactment, there will be no criminal penalties to individuals for using flavored tobacco products; however, fines will be issued to businesses found non-compliant. The bill is reportedly the most comprehensive in New York.

Portland — Multnomah County commissioners recently heard testimony from dozens of people, including small business owners, at a public hearing on the county's proposed ban on the sale of flavored tobacco and nicotine products. The proposal includes electronic cigarettes and vapor products. A vote on the proposal is expected in early December.