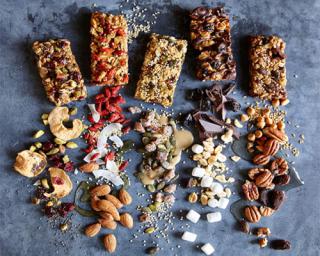 NATIONAL REPORT — The snack bar market can expect to see three emerging trends, according to Technavio, a global technology research and advisory company.

According to Technavio, the top three emerging market trends driving the snack bars market in the U.S. are:

As U.S. consumers’ concern about the origin and quality of ingredients used in the preparation of food products, the popularity of organic packaged foods.  Organic snack bars are becoming increasingly popular among health-conscious consumers, and the rapid expansion of supermarkets and hypermarkets plays a key role in making these products easily accessible to consumers.

Consumers who lead a vegan lifestyle make a conscious effort to stay away from products derived from animals, whether it be food, clothing or accessories, and they opt for healthy substitutes for meat, dairy and other conventional sources of protein.

According to Technavio, a vegan diet is perceived to be healthier than a meat-based one. It is estimated that 8 million Americans follow a vegan diet and lifestyle. With the increasing vegan culture, packaged foods like granola bars that have vegan specifications are becoming increasingly popular among consumers. Thus, players are coming up with more varieties of vegan snack bars such as Earnest Eats Vegan Chewy Granola Bars, Oriole Gluten Free Organic Vegan Granola bar, and others.

“As plant-based proteins are rich sources of protein as well as fibers, they are being used as ingredients in the manufacture of snack bars. For example, pea protein is used in the making of snack bars, as it contains around 90 percent of protein. In addition to that, it is highly digestible and gluten-free. It is ideal for those who follow diets that have a low glycemic index,” said Akash.