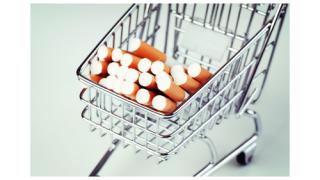 WASHINGTON, D.C. —  The issue of flavored tobacco bans could be heading the highest court in the land.

As Convenience Store News reported, California voters approved the ban, which appeared on the Nov. 8 ballot as Proposition 31. Proposition 31 upholds the state law barring the sale of flavored tobacco, including menthol. It also charges a $250 penalty against stores and vending machine owners for each violation.

On Aug. 28, 2020, Gov. Gavin Newsom signed the legislation into law after the California Senate voted 34-0 in favor of ban, followed by a similar 58-1 vote in the California Assembly. However, two months later the California Coalition for Fairness submitted more than 1 million signatures from registered voters to the Secretary of State's office in a bid to get a veto referendum to overturn the legislation onto the November 2022 ballot.

Following the election, the tobacco companies sought a preliminary injunction, which was denied by the District Court for the Southern District of California.  In response, they filed a motion with the U.S. Court of Appeals for the Ninth Circuit for an injunction to prevent SB 793 from going into effect, according to the National Association of Tobacco Outlets (NATO).

On Nov. 28, the Ninth Circuit Court denied the motion for an injunction.

The tobacco companies are arguing that the federal Family Smoking Prevention and Tobacco Control Act of 2009 (TCA) allows states and municipalities to regulate tobacco products, but not to ban their use or sale.

According to NATO, the preemption argument in the application to the U.S. Supreme Court has the following elements: